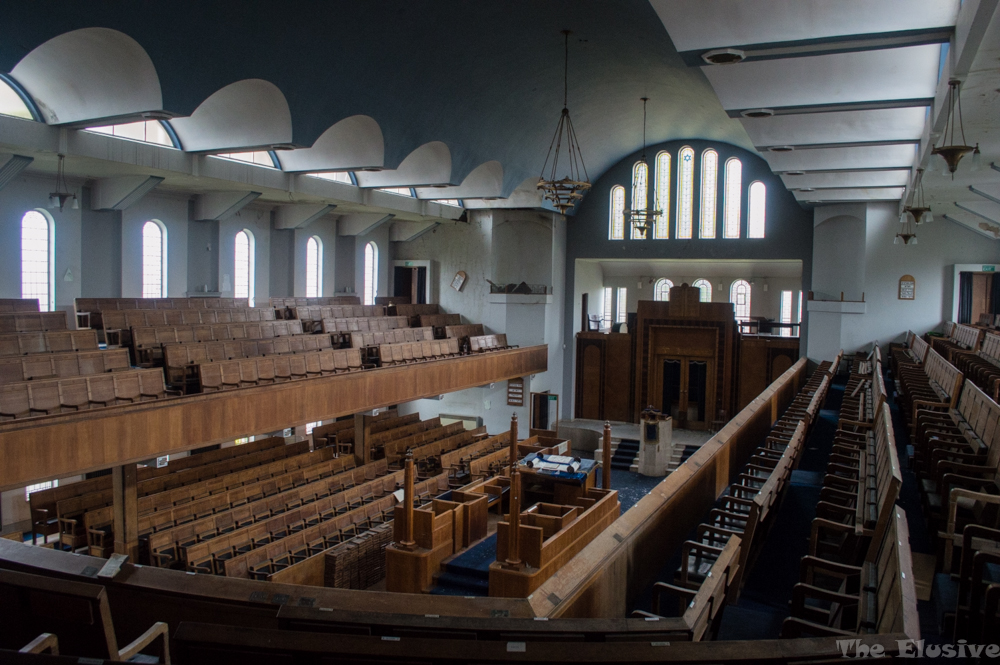 One of the most Stunning places ive had the pleasure of visiting this place has quite a significance for the jewish community which is reflected on how its preservation has been met and the change in listing.

“The synagogue was built in 1936 to a design by architect Alfred Ernest Shennan and consecrated on August 15,1937. It became a refuge for homeless families in the Blitz. This historic city synagogue which closed after 70 years has been saved for future generations.

The building on Greenbank Drive, Sefton Park, shut for good on January 8 after its congregation dwindled to fewer than 40, with only one service being held a week.

But its survival is now assured after its listed building status was upgraded to Grade II*, putting it on a par with Croxteth Hall and the Cunard and Port of Liverpool buildings.

English Heritage agreed the change after a plan emerged to convert the concrete, steel and brick building into apartments.

The organisation’s report described the synagogue as “one of the finest art deco synagogues in the country”.

It added: “It has an important socio-historic significance as an inter-war synagogue of 1936-7 that represents one of the last free cultural expressions of European Jewry before the Holocaust.”

The upgrading from grade II to II* status puts the former synagogue in the top 5% of all listed buildings in the country.”