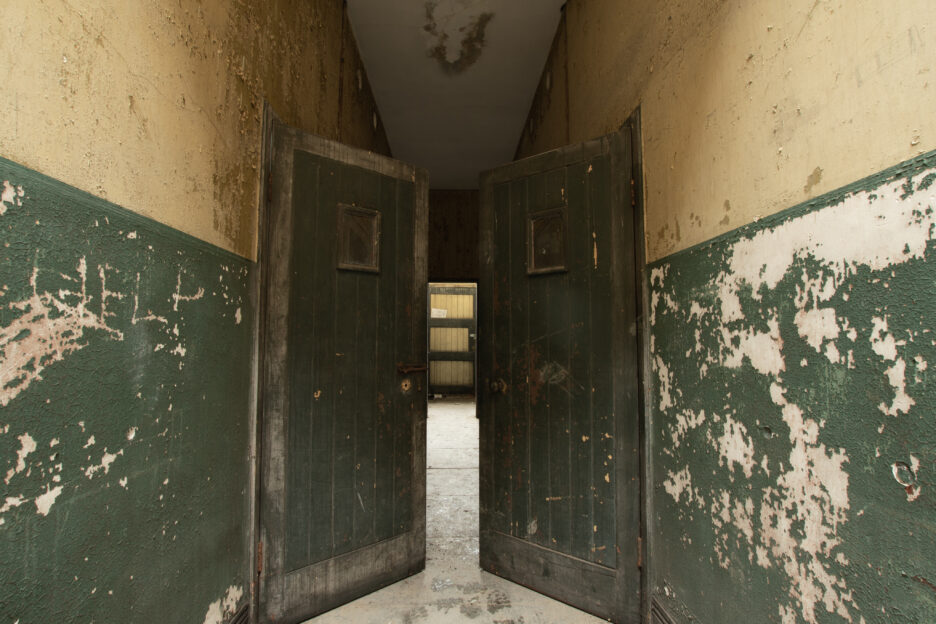 Rock breaking Vagrant cells, Not many of these remain; often attached to workhouses these dark dismal places were the rest from the elements not that there was much resting!

Inside there an outbuilding are 12 cells opening off a tall corridor; those on the SW side are of 2 chambers, one for sleeping and one for working, the latter is stepped down and with cobbled floor; the former has a boarded floor; those on the NE side have only the sleeping area. Boarded doors, most with small lights and rounded ventilation holes in the corridor walls. Original fittings retained in washroom at SE end opposite which was probably the dining room. Beyond is a doorway into the warden’s accommodation with fireplaces to large rooms. *listing Status.