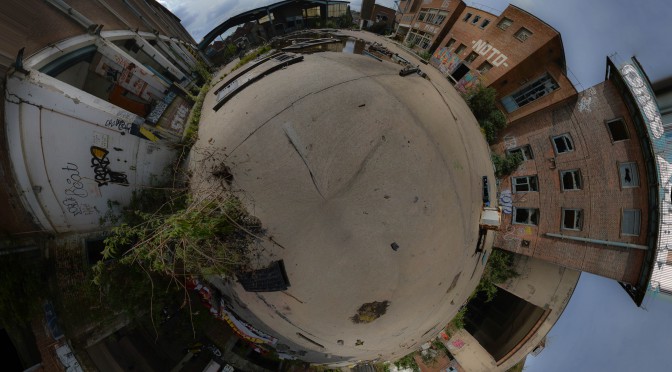 This place was a rather large yet crumbling wonder around, at first we shared the space with a few kids, and as we made our way through the buildings which is littered with needles, massive holes in the floor and ever-changing graffitti. by mid afternoon there were alot of people on the site walking around taking photos and a homeless man who was singing and banging around in one of the top stories of the buildings.

Shepherd, Green & Hatfield were the first to brew at the site in 1838 at what was then a respectable residential district. By 1895 the brewery was equipped with “an expensive plant…excellent stores and cellars, spacious covered and open yards, offices, stabling [and] workshops.” The marketing and sales offices on the brewery site were completed in 1958.A new £500,000 five storey brewhouse was operational by 1962, and was one of the most up to date in the country. An on-site public house was opened in the basement of the brewery in 1964, initially named The Underground, but later renamed The Pig and Whistle; it was used by brewery workers and visitors. At its peak the brewery produced 50,000 hectolitres of cask conditioned Stones each year.The office building was sold off in 1985. In 1992 a visitor’s centre building was opened. In 1995 the brewery was used as a shooting location for the film When Saturday Comes. The office building is occupied by an accountancy firm, however the remainder of the site is currently unoccupied and derelict.

One Reply to “The Brewery”