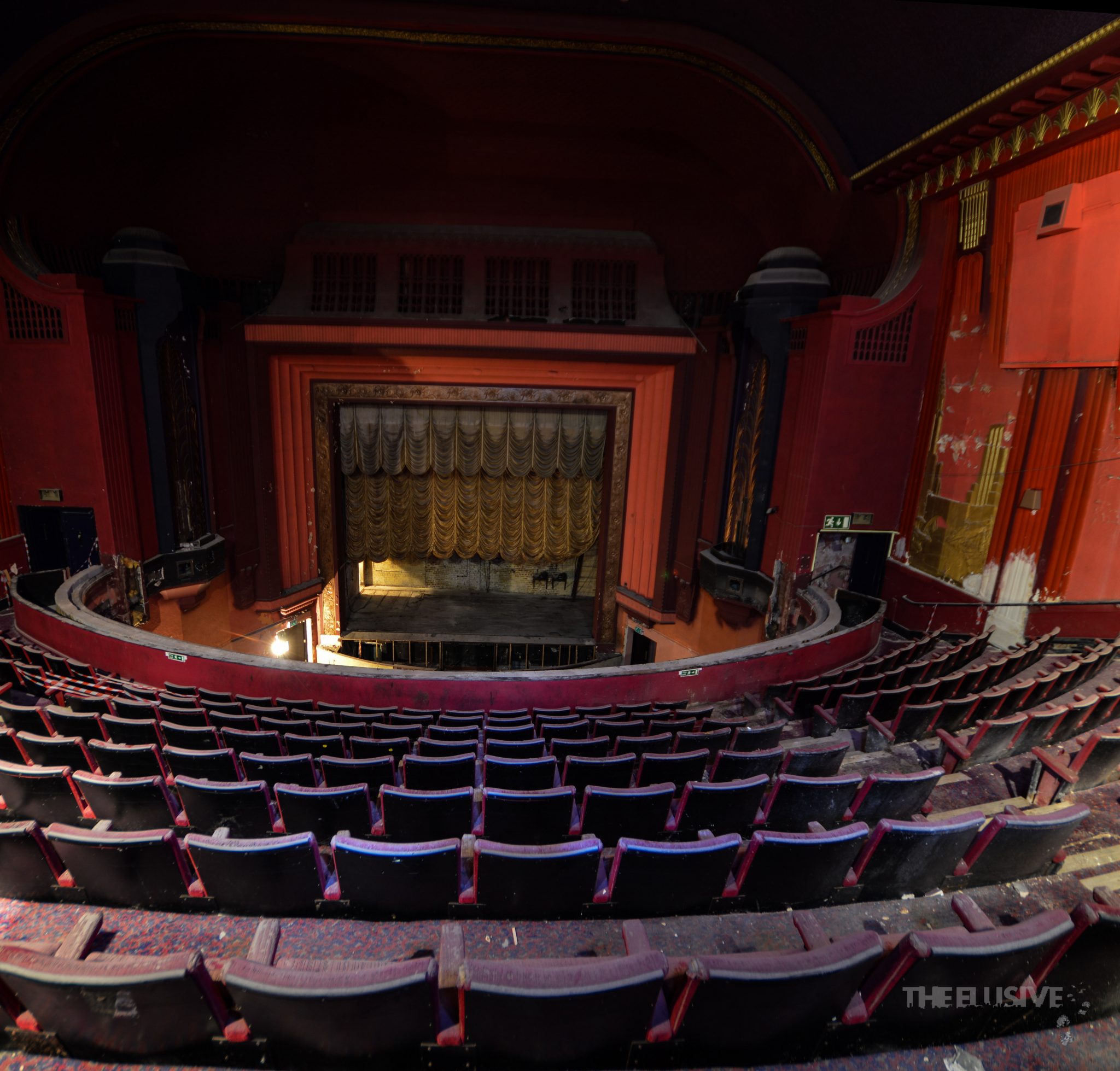 Decided to try my luck with somewhere; whilst it wasn’t your usual access this place had a really strange feel to it. work lamps on bits of kit lying around it certainly had the feel that the workmen had just popped out for a sarnie! Very dusty place to visit had some lovely features and also the start of some morons let loose with a marker already.

Opened on 16th May 1931 with Clifford Mollison in “Almost A Honeymoon”. It was designed by William R. Glen and Alfred Ernest Shennan for Associated British Cinemas at a cost in excess of 200,000 pounds.

The auditorium, in a semi-Atmospheric style, depicted Venetian scenes, contains an amazing proscenium treatment consisting of a vast curved canopy over the arch and the side boxes. Indirect light light was a feature, except for a huge ‘sunburst’ light fitting above the balcony.

A shallow stage was provided together with a Compton 3Manual/12Ranks organ on a lift in front of the stage, which was opened by organist Reginald Foort.

Because of the relatively small width of the site the 1,835 capacity was achieved by having a huge circle containing 750 of the seats.

It was re-named from 17th February 1971 and due to its opulence and excellent location the cinema survived intact until 1982 when it was converted to a three screen operation by installing two mini-cinemas under the balcony seating 272 and 217 seats.

From 1986 it had been re-named. It closed on 29th January 1998 with a special screening of Humphrey Bogart in “Casablanca”, when a special admission fee of 50p was charged.

There were proposals to convert the building into a conference centre, but these stalled and the building has stood empty since closing. Proposals were put forward in late-2007 to convert it into a ‘boutique’ hotel and supper club, with plans going to the City Council in July 2008 and if permission was granted, work could start in late-2008. The building remained unused in April 2012.