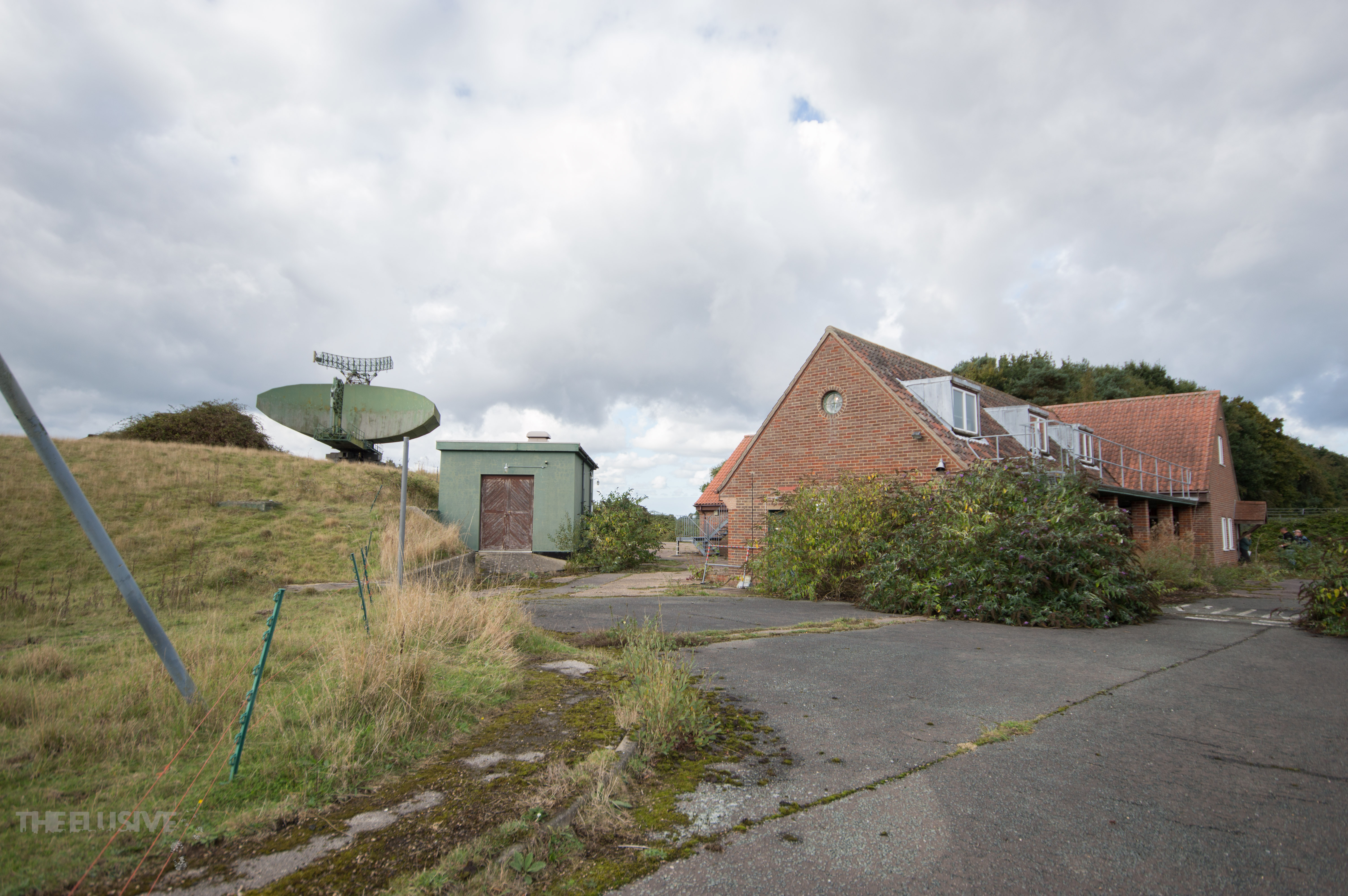 This was such a treat! It is not every day that you get to see something quite so big with the power on!

This underground operations block has an associated guardroom, above ground features including mounded earth covering, emergency exits and air intake vents. Constructed in the  early 1950s, It was made by using  the cut and cover method, using concrete  reinforced with steel rods, the roof was made using pressed-steel formwork  and  earth mounded on top. It’s a two storey central operations block, rectangular in plan, with plant room, air outlets and access and emergency exit tunnels.

The operations block is entered via a staircase in the rear annexe of the adjacent bungalow guardroom. The staircase goes down to a dog-legged access tunnel, designed to lessen the impact of a blast wave on the massive inner blast door. 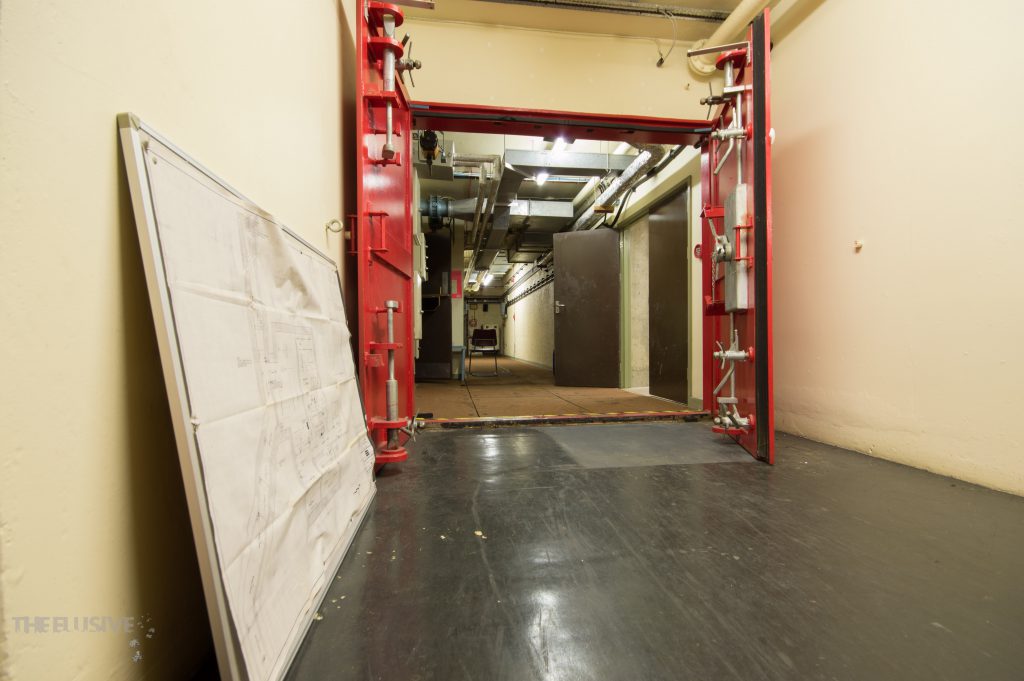 The operations block is a huge long corridor which ultimately leads to the emergency exits which surfaces at the west end of the mound. The operations rooms are located in the wider half of the operations block and the mess halls, toilets and duty offices in the narrower part. The operations rooms were some of the earliest in the country to be built to house electronic data handling equipment. Special features of the design which reflect this include false floors set on steel frames supported by brick carrier walls, below which cabling and ducting is run. There are removable floor panels gave Some  flexibility to alter the internal layout as new equipment was introduced. 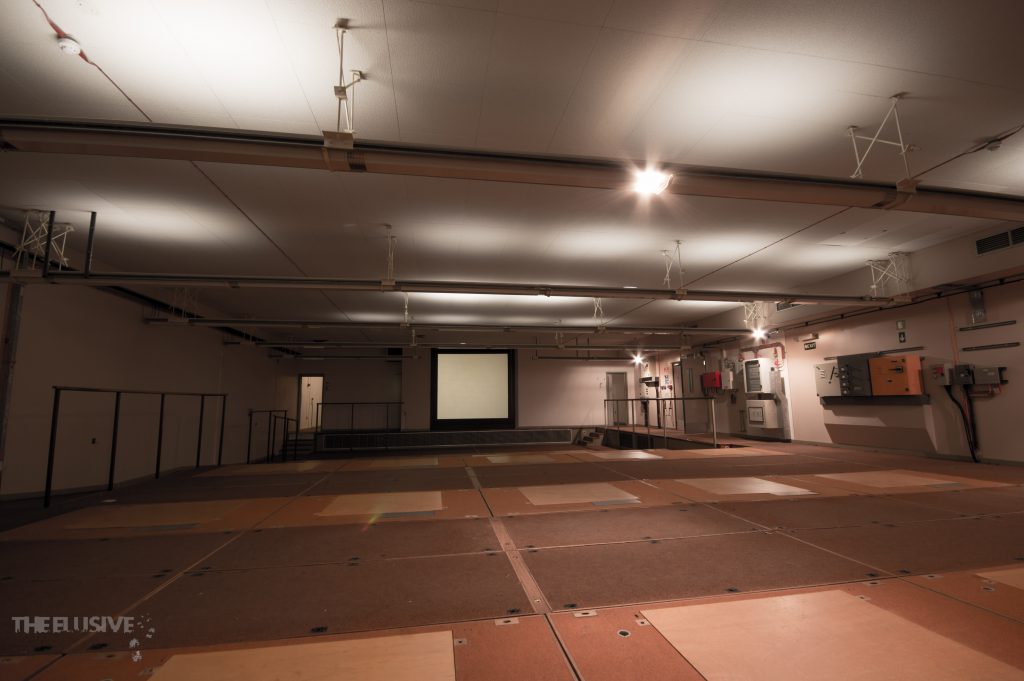 In 1966, there was a devastating fire in the operations block which claimed the lives of three firemen. It was rebuilt in the 1980s under the Improved United Kingdom Air Defence Ground Environment (UKADAGE) as one of four Control and Reporting Centres. A new plant room was built for a standby generator and air outlets and vents were buried in large holes next to the existing bunker. The original entrance through the guardroom was retained. A large suite of decontamination rooms was added, reflecting concerns about biological and chemical agents as well as nuclear weapons. The interior of the original 1950s structure was essentially retained, but entirely re-equipped, the most noticeable change in the operations room being the replacement of the manually updated  boards with personal electronic displays. This computer equipment was removed following the decommissioning of the R3 in 2004, though the air conditioning plant remains in use. 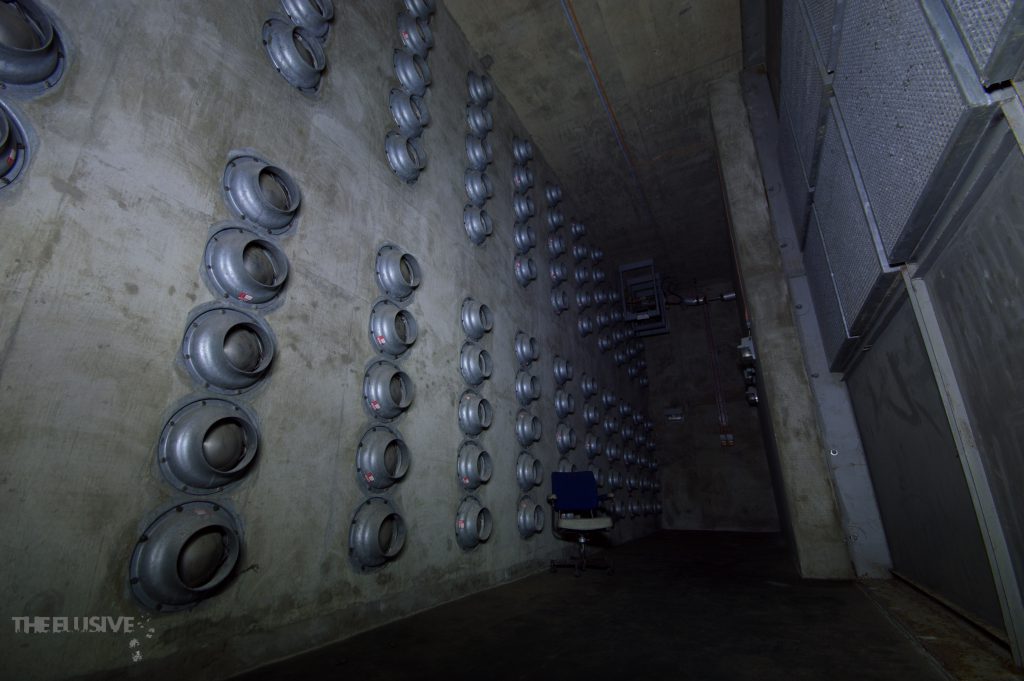 This place is unique in being able to represent the changes to Britain’s air defence policy throughout the Cold War until the present day. Many of the buildings on site are of special interest. This operations block is one of a group of contemporary structures which remain in place and in its vicinity, providing a visual impression of the site and the location of its principal components during the Rotor period.

In the early 1950s, as part of the Rotor scheme to refurbish Britain’s radar defences, the R3 double level underground operations block, was built, accessed by staircase in a rear annexe of a guardroom disguised as a ‘bungalow’. On the surface, new protected radar plinths were constructed and some distance away from the site, a standby generator building, designed to resemble a church, was built (to be recommended for listing). By the late 1950s, as a result of a change in defence policy following the detonation of the Soviet H-bomb in 1953, the emphasis was moved towards implementing the so called ‘tripwire response’: air defences were scaled down to protect the nuclear deterrent bases and to give early warning of aggression by the Warsaw Pact in order that nuclear armed aircraft and missiles could immediately be launched, after which there would be little need for air defence.

In 1961, a new scheme known as ‘Linesman’ was approved to reconfigure Britain’s radar defences to respond to the new strategic demands and new technology. This was just one of four stations where major rebuilding working took place as part of this scheme. Structures built in the early 1960s include the Type-84 and R17 modulator building (to be recommended for scheduling), the Type-85 radar and R12 bunker, which housed its processing equipment (to be recommended for listing), High Speed Aerials, HF 200 height finders (footings of these may survive as buried features) and a new generator building. A major

A major set back occurred in 1966 when the R3 operations block was gutted by fire, with some loss of life. The radars, however, continued in use sending their data to remote sites. The site regained its operational role again in 1972 when the Standby Early Warning and Control (SLEWC) centre was established in the wartime Happidrome, as it became known following refurbishment.

But by the time the Linesman system was fully operational in the 1970s, NATO policy had moved to one of ‘flexible response’, whereby the reaction to any Soviet aggression would not immediately be met with massive nuclear retaliation, but might begin with a conventional phase to allow time for negotiation. The system designed to replace Linesman was known as Improved United Kingdom Ground Defence Environment (IUKADGE). In place of fixed radar new mobile systems were developed which used sophisticated electronics to counter jamming in place of the massive power input required by the earlier system. These were supplemented by the use of inputs from air and seaborne radars. Operations centres were provided with refurbished hardened bunkers, as exemplified by the R3 bunker. This system finally became fully operational in 1992.

Operations centres were provided with refurbished hardened bunkers, as exemplified by the R3 bunker. This system finally became fully operational in 1992.