Fun place to visit; a little tricky due to the light in places, i.e there wasn’t any! I am getting used to complete darkness something quite calming about it!

This bunker unlike many isnt underground and is home to equipment for a radar system that was orignally on the roof of the building, sadly it is no longer there it was scrapped in the 1990s.

The radar station opened in 1941 and has the distinction of being the longest continuously occupied radar station in Britain, and probably the world. Surviving structures on the site include the operations room, Type-84 radar and modulator building, underground operations block and guardroom, four radar plinths (all to be recommended for designation) and the radar equipment building. Together they reflect the evolution of radar technology over the last 60 years. 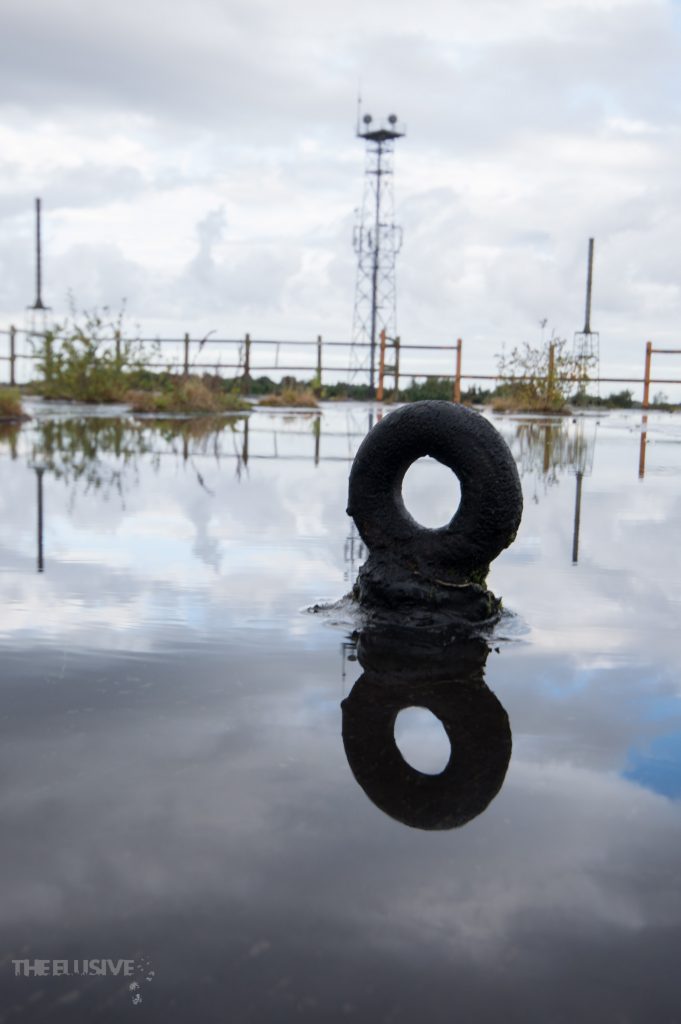 The  radar equipment building became operational in 1967 and fulfils the criteria for listing as one of only three such structures built as part of the Linesman scheme to update Britain’s radar defences. It is a significant and imposing element of a multi-period site, which, through its fabric reflects better than any other in the United Kingdom the evolution of radar technology over the last 60 years.

The building housed the equipment and plant for the Type-85 radar  originally mounted on its roof. The radar became operational in 1967 but following decommissioning, the array was removed. The  building is essentially a massive rectangular box measuring 58m by 47m and comprising two storeys and a basement. There are no windows apart from narrow openings in the former workshop which occupies the north-east corner of the block. Air intake openings, service ducts and air extract ducts are located in annexes on the south side of the building. A square-plan pressure vessel that carried the Type-85 radar array rises the full height of the structure against the north axis. A wooden guardrail runs around the edge of the flat roof. The substantial size of the building with large span rooms necessitated the use of a reinforced concrete frame carried on 48 square columns.

Construction started on the building in the early 1960s. It was built specifically to mount the Type-85 radar as part of the Linesman scheme to update Britain’s radar defences. This site was one of only four stations where major rebuilding work took place as part of this scheme.

The main entrance is in the north-west corner and leads into a decontamination room. The bulk of the interior is divided into two large halls. In the northern half is the transmitter apparatus hall. This originally held banks of electronic data-handling and processing equipment on a false floor above the basement, into which the cabling and ducting was run. The equipment has been removed and the space is currently used as storage.

The southern half houses the massive air conditioning plant and associated switchgear; the generators are located towards the west end. The tremendous heat generated by the processing equipment is indicated by the enormous space devoted to the air conditioning and cooling plant, which is linked to forced air ducts below the floor and under the ceiling; the ducts, which survive, were originally attached to the equipment racks and consoles by flexible metal hoses (now removed). Stores and loading bays are located along the east side of the building.

On the first-floor is the main T85 radar receiver and passive tracking apparatus hall, a vast central space which extends the full width of the building and is broken only by rows of free-standing columns. The equipment, now removed, was originally fixed to the parquet flooring, itself supported on steel frames raised on a low brick carrier. This arrangement permitted the installation of cable-runs and forced-air cooling supply ducts. The radar array was originally mounted on top of the pressure vessel located towards the centre of the north wall. The three-sided south wall of the pressure vessel projects into the halls at ground and first-floor levels. A narrow bay along the west side housed the control room, restrooms and kitchen. Stores, office space and workshop were located along the east side.

2 thoughts on “The Bunker”