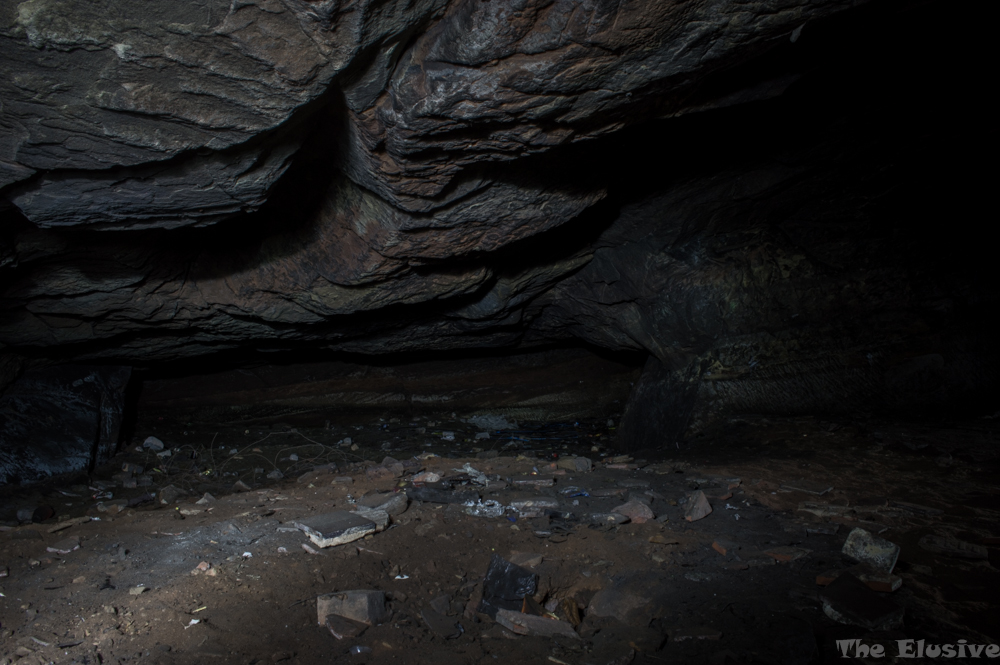 Visited frequently throughout the years the Rave caves are local to me and an interesting place to visit; Used by local kids, the rave scene and dog walkers/ ramblers as well as photographers.

The cave was formed due to pillar and stall workings when the red Keuper Sandstone which was formed in the Triassic period was removed for building purposes. It would appear that stone was removed from this site as far back as 1633 as documents which have been found show that a Roger Low was paid 22 pence a score to remove 130ft of stone from this site on the 31st of August of that year. Other documents have been recovered which suggest that New Trentham Hall was constructed from this red sandstone also in 1633.
There are other references to stone being removed from the cave in the 1680s. The 1850 Tithe map shows that the woodland where the cave is belonged to a Thomas Fitzherbert however the cave was not shown on any maps until 1924 when it was shown as “Beech Caves” prior to that it was shown as just a quarry when it first appeared on a map in 1901.
According to locals who lived in the area during the war it is their claim that the site was “out of bounds” presumably guarded by the military this has lead to speculation that the army was using it to store ordnance. Some people claim that it was the ordnance factory at nearby Swynnerton that used it for storing ammunition, while others are of the belief that it was used by the American base at Trentham, however there does not seem to be any official records to support these claims.