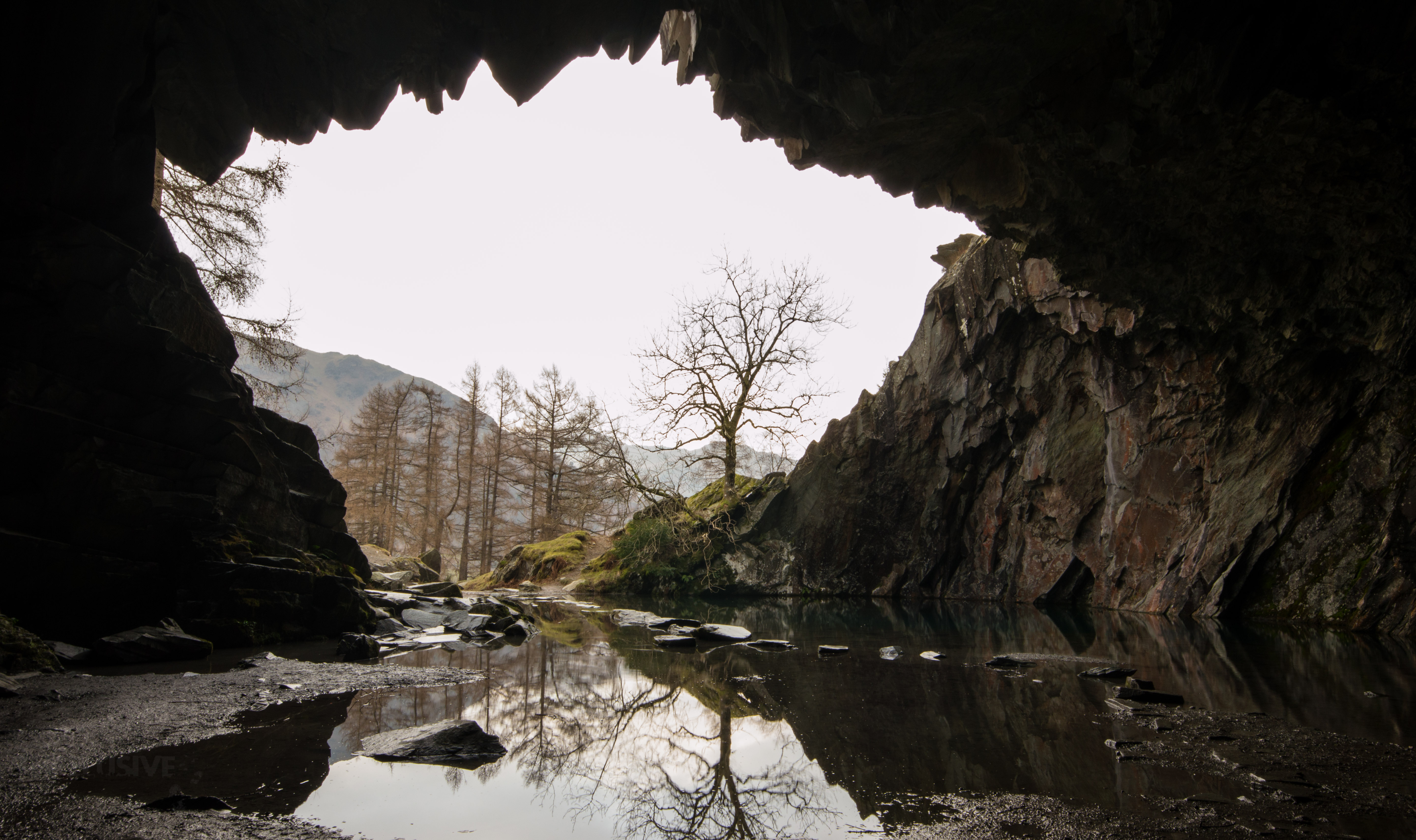 Rydal cave is a place that’s very pretty; maybe even one of the prettiest places I’ve been but sadly it’s also the most popular place I’ve been! Hordes of people flock to this location and you can see why! but it does make photography very hard; half an hour with shot lined up to my welly toppers in water and I just managed to get a couple in!

Rydal Cave is situated on Loughrigg Fell and is actually a man-made cavern, which was formerly known as Loughrigg Quarry. The cave has been hollowed out of a rocky outcrop which overlooks picturesque Rydal Water. Over two hundred years ago, Rydal Cave was a busy working quarry supplying excellent quality roofing slate to the surrounding local villages.The cave forms a dramatic mini ampitheatre, the entrance framed by jutting, angular rocks, much of which is now flooded by a stagnant pool, which abounds with small fish and insect life.

Several large blocks of stone have recently fallen from the ceiling of the cave (2009).

Visitors are advised for safety reasons to keep out, anyone doing so enters at their own risk.