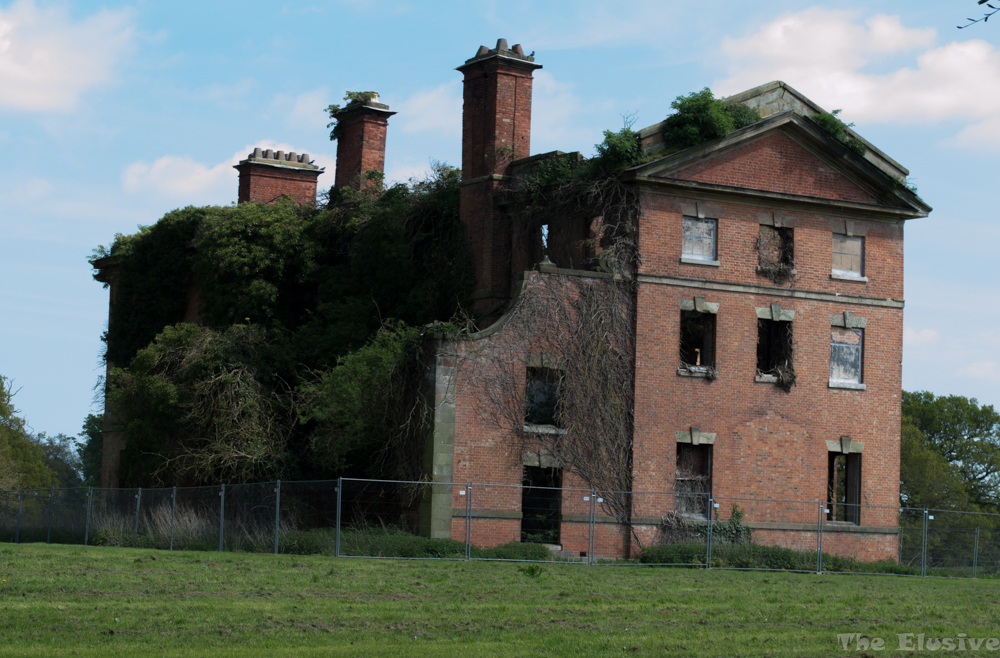 the abbey is now privately owned and surrounded by some rather unfriendly cattle!

“Ranton Abbey “was founded by Robert and Celestia Noel of Ellenhall about 1150 for Augustinian canons from Haughmond. In 1820 Thomas, 1st Earl of Lichfield, built a large house, a hunting lodge or weekend retreat, adjacent to the abbey…all that remains of the abbey is the large imposing tower (of the 15th century) and a little of the nave wall with a Norman doorway decorated with roll moulding. The house…is now in ruins…it was accidentally burned down in 1942, during the Second World War, when troops of Queen Wilhelmina‘s bodyguard were quartered here.”[3]

According to William White in his 1851 History, Gazetteer and Directory of Staffordshire