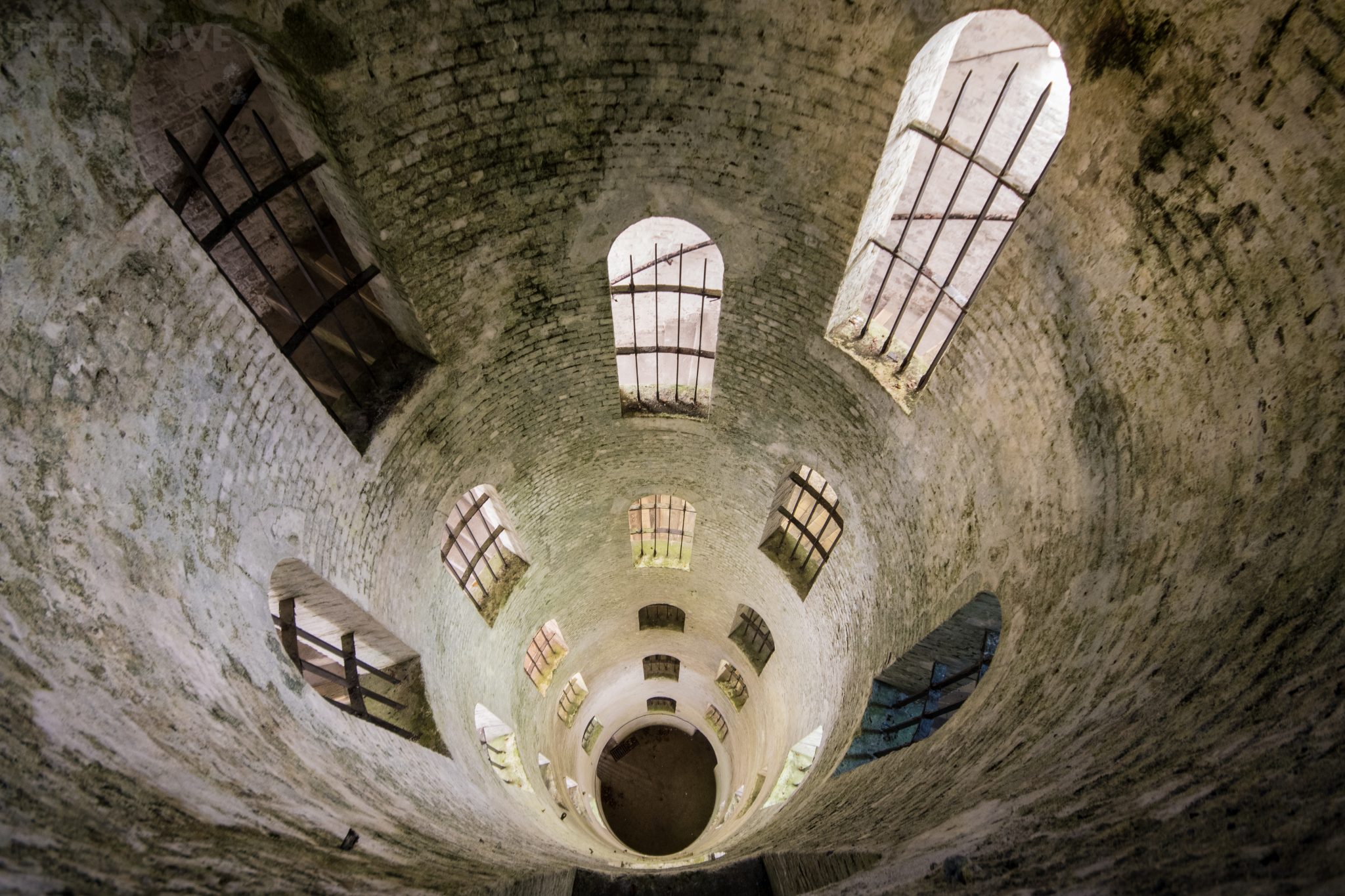 Such a Beautiful structure, such an incredible opportunity to go and experience it for yourself…. unless you don’t like stairs! this has 3 sets of identical stairs in a triple helix formation. 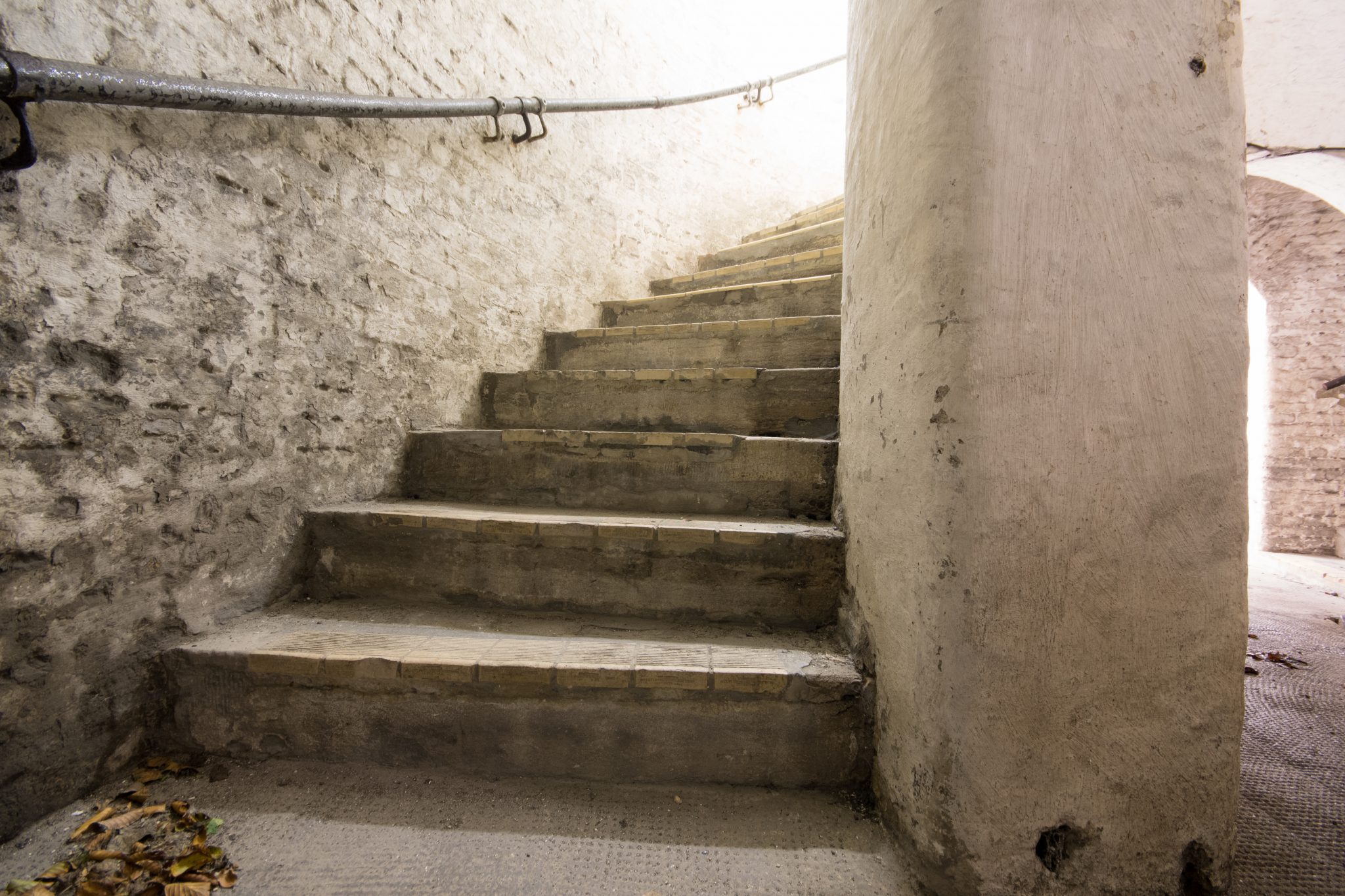 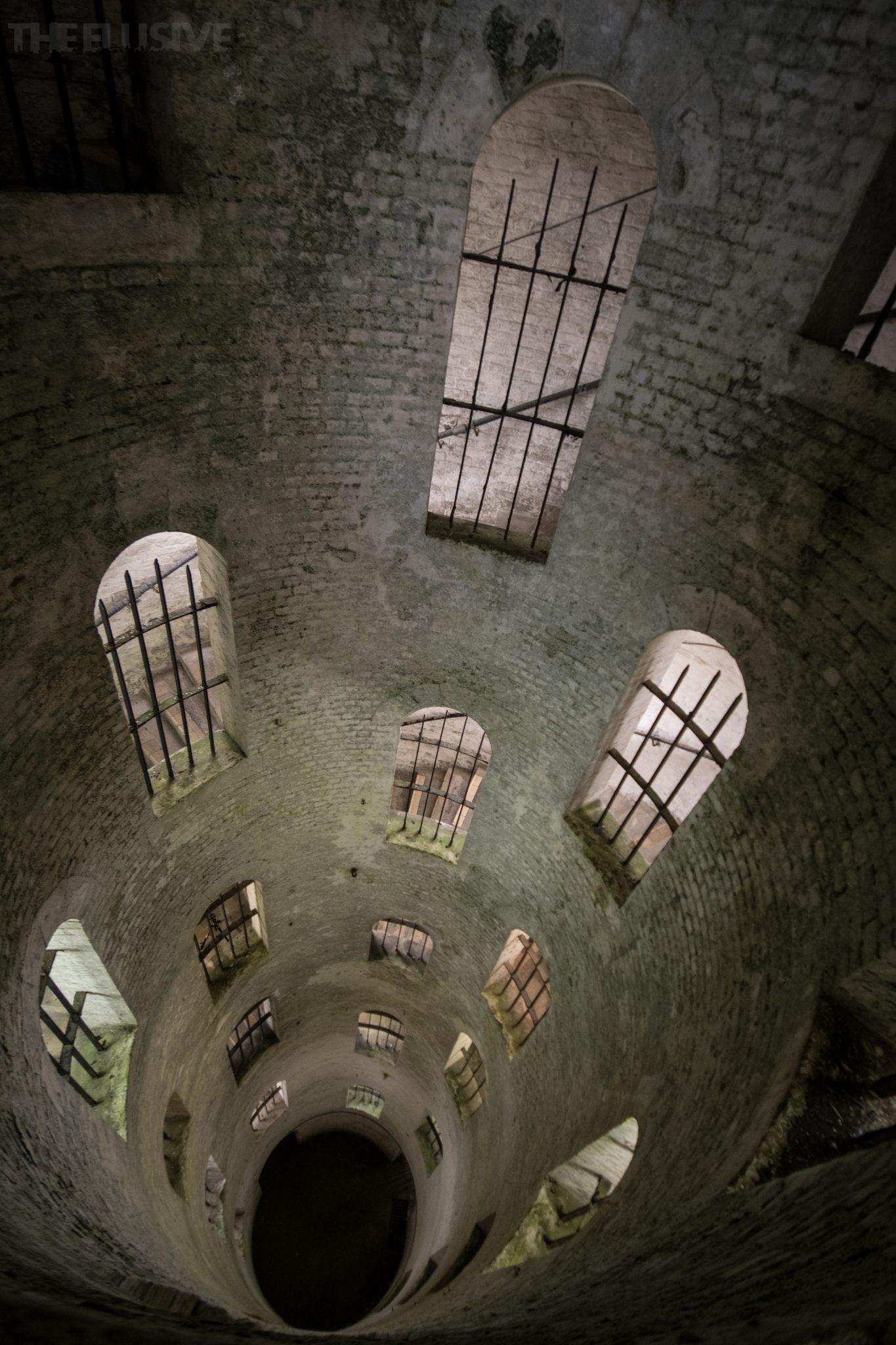 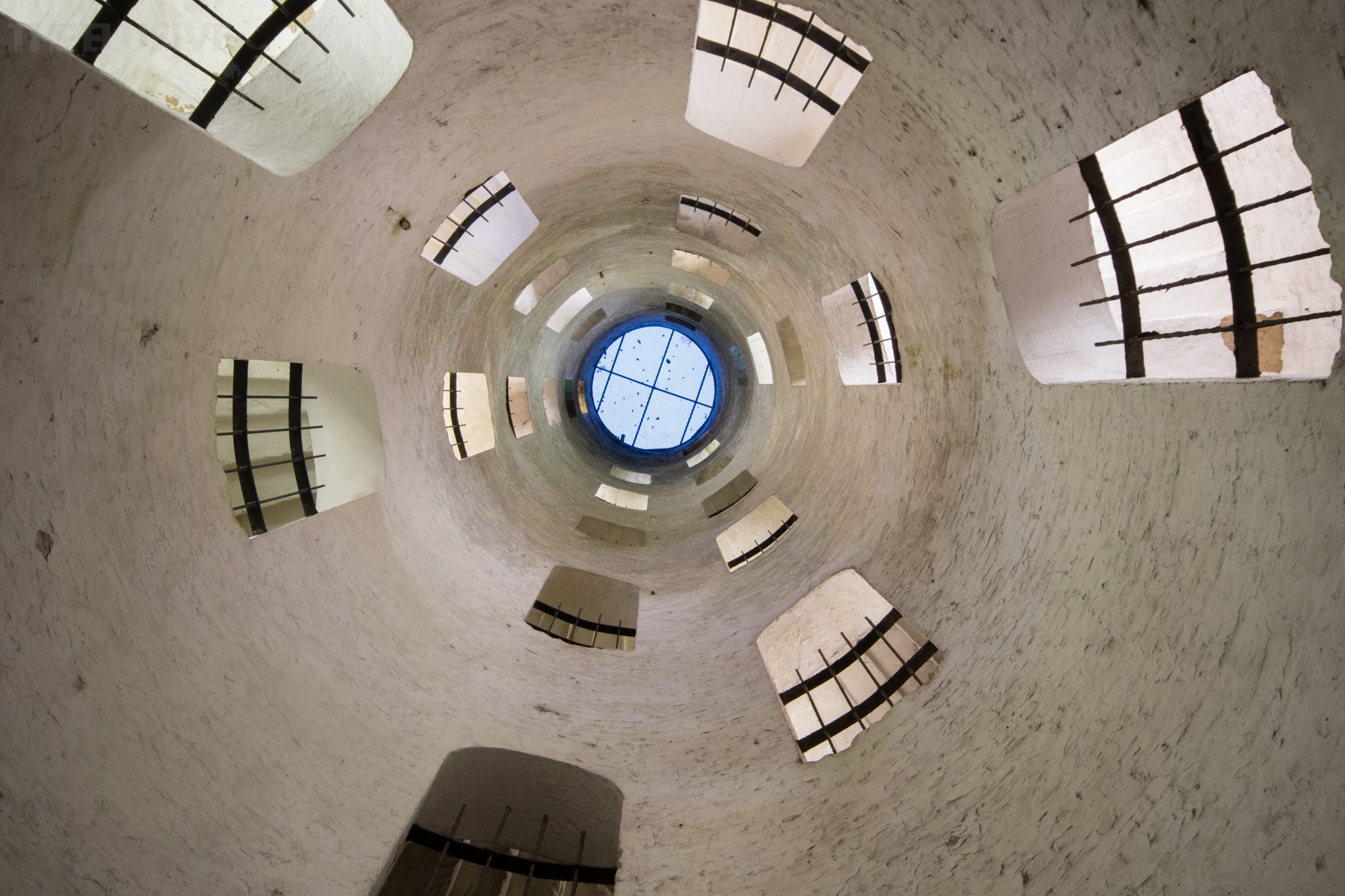 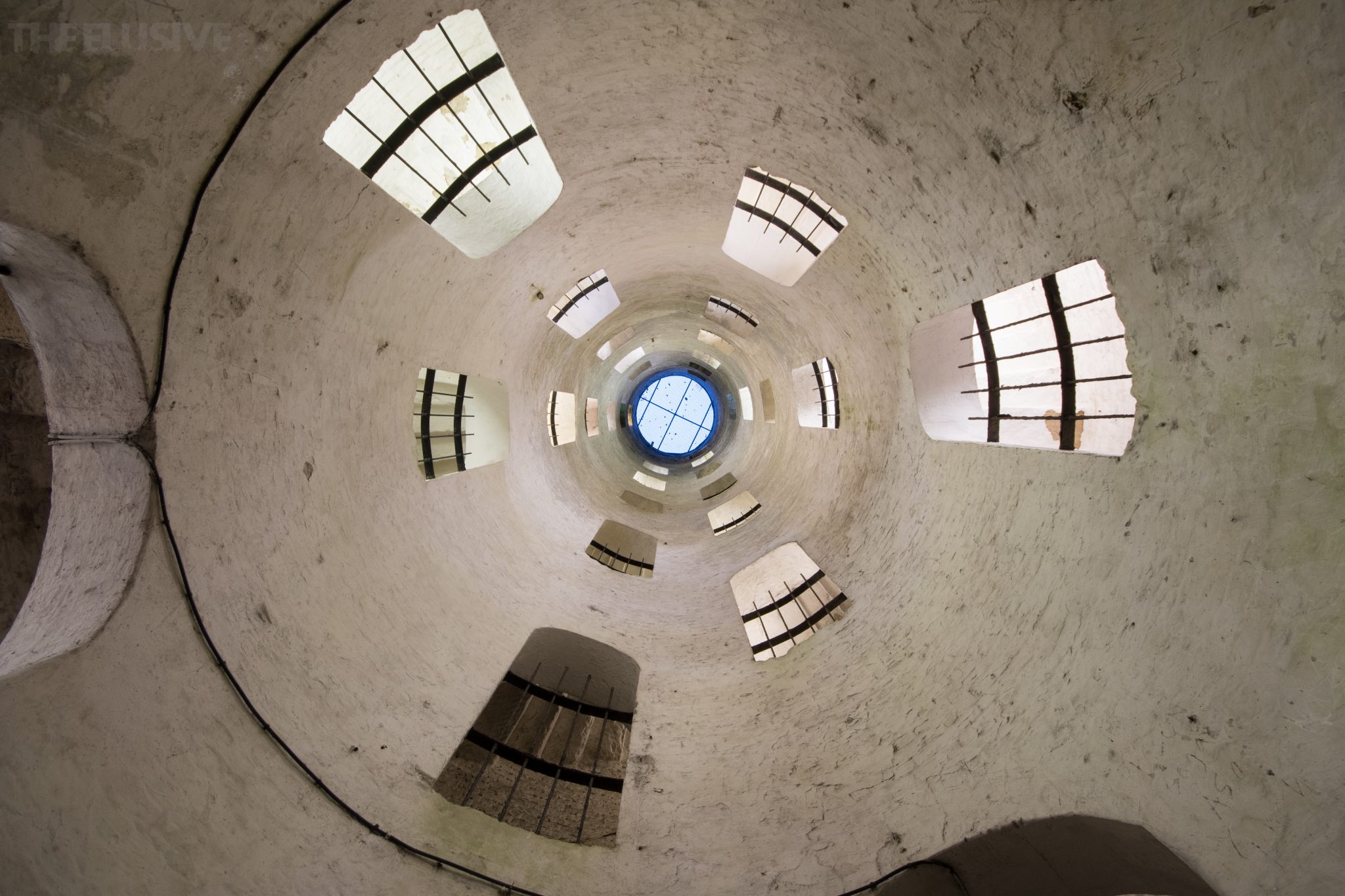 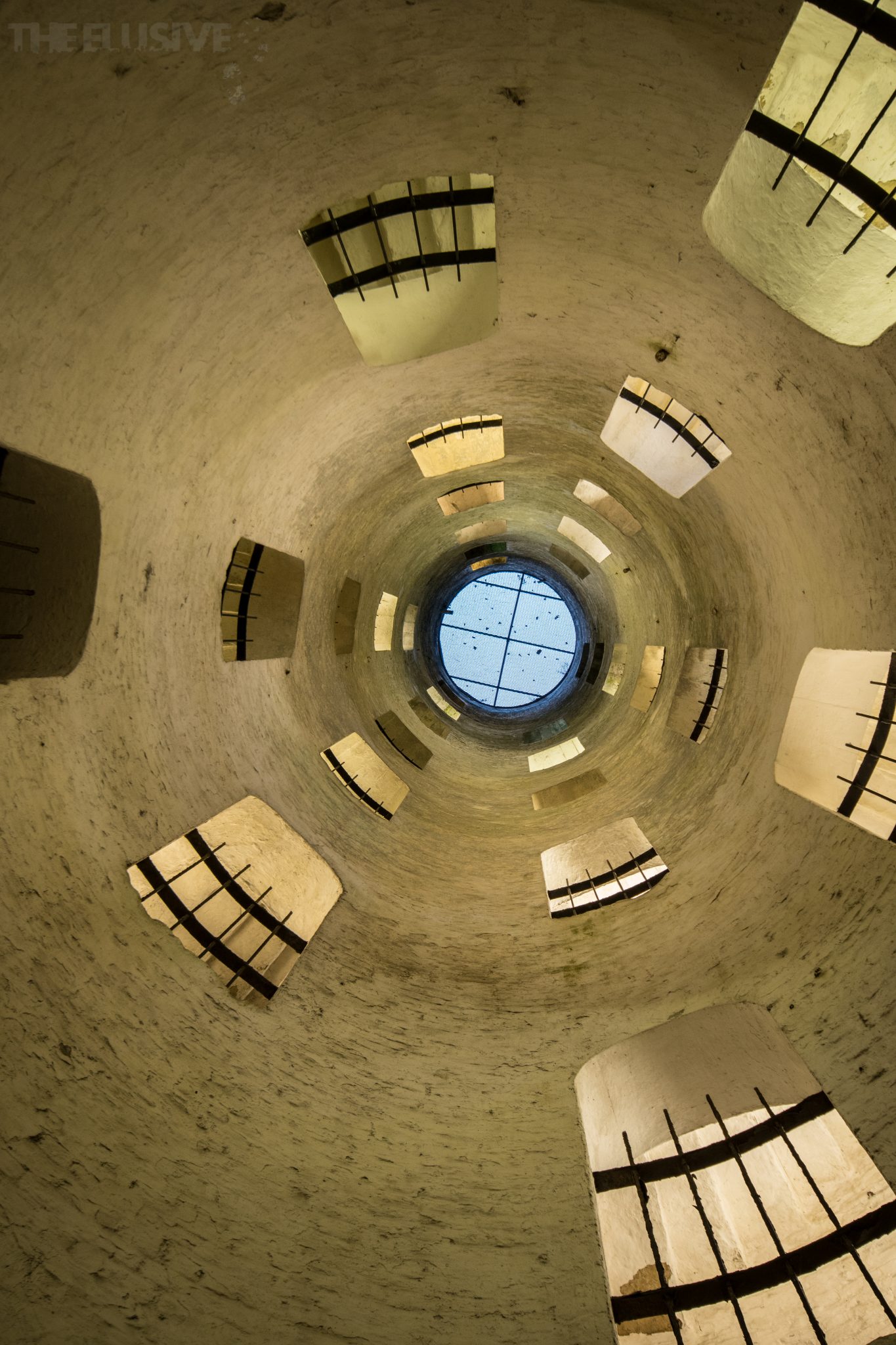 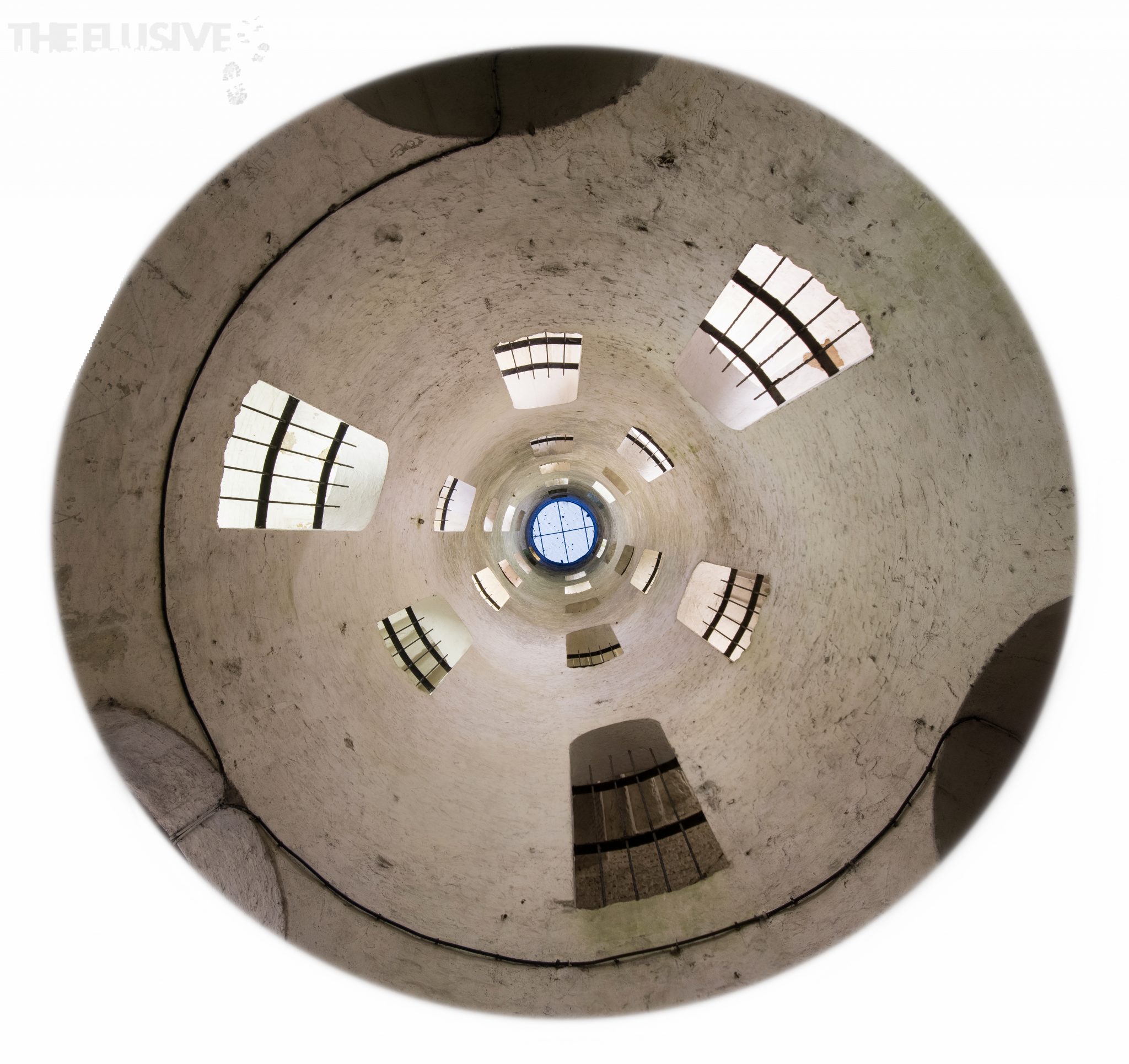 The Grand Shaft was proposed in 1804 and built between 1806 and 1809 as a quick means of communication and movement between the barracks on the Western Heights and the town below.

It was designed by Brigadier-General William Twiss, Commanding Engineer of the Southern District. General Twiss was one of the outstanding designers of military defences at the time, and was also responsible for the Royal Military Canal running from Hythe to Rye, and the Martello Towers along the south and east coasts of England. His letter of 1804 to Lt. General Morse suggested ‘a shaft with triple staircases, the chief object of which is the convenience and safety of the troops’. In addition, in the event of an attack by the French he considered that it would be ‘the shortest and securest communication with the town’ and that it ‘may eventually be useful in sending reinforcements to troops employed in the defence of the beach and town or in affording them a secure retreat’. Without the Shaft troops would have had to use the badly-maintained roads and tracks leading down to Dover, which being based on chalk became very slippery and dangerous in wet weather.

Design
The main shaft comprises two concentric hollow brick cylinders 140 feet (42m) high, the outer being 26 feet (8m) diameter. Between them were built three intertwined staircases of Purbeck limestone. The inner cylinder was provided with window apertures for light and ventilation. Each staircase has two landings. At the bottom, where the staircases meet, a sloping corridor leads to Snargate Street.  The three staircases meet at the top in a bowl, from which stairs lead up to the parade ground in front of the Grand Shaft Barracks.

Construction
This began in 1806, and was bedevilled by bad weather. The rain caused the chalk and clay to become unstable, and there were many instances of the sides of the Shaft collapsing. Fortunately there were no fatalities during the three years of construction. On its completion the total cost amounted to £3,221. 2s. 4d – £700 less than the original estimate!

Although the Grand Shaft is unique in being the only triple spiral staircase in the country, there are still two double spiral staircases in existence at the Citadel. These lead down to the well room, and to the sally port respectively, at the level of the bottom of the lines. As a security precaution both have been capped in concrete.

In the 19th Century Snargate Street maintained many taverns and houses of ill-repute. To cope with the return of drunken soldiers late at night a guardroom and cells were built at the end of the Shaft’s entrance tunnel where the soldiers could sleep off their excesses.

After completion the Shaft became a local attraction and in 1812 a Mr Leith of Walmer rode his horse up it for a bet. Since he was the owner of the land sold to build the barracks in Deal, he must have had a significant ‘pull’ with the local military authorities!

As the threat of invasion subsided and the barracks became mere holding accommodation for troops, the rigid social hierarchy of the Victorian Army came to the fore. Legend has it that the three staircases became segregated – one for ‘Officers and their ladies’, one for ‘Sergeants and their wives’, and the third for ‘Soldiers and their women’.

After World War II the whole site became less and less important and the barracks fell into disrepair. They were eventually demolished in the 1960s. The Shaft became derelict and became the dumping ground for all sorts of rubbish, including a car.  Clearance and restoration were carried out by Dover District Council and the Department of the Environment in the 1970s, and again in the 1980s, and the Shaft was opened to the public in 1986. In 1996 a replica of the original guardhouse was built on the old foundations, and this is now the reception centre and shop for visitors.

In 2012 three Western Heights volunteers, Tess and Kelly Gartshore and Sam West, climbed the Shaft 77 times each to raise money for the Preservation Society.

The Western Heights Preservation Society currently  open the Grand Shaft on behalf of Dover District Council during the summer months and for events, see events page for full details