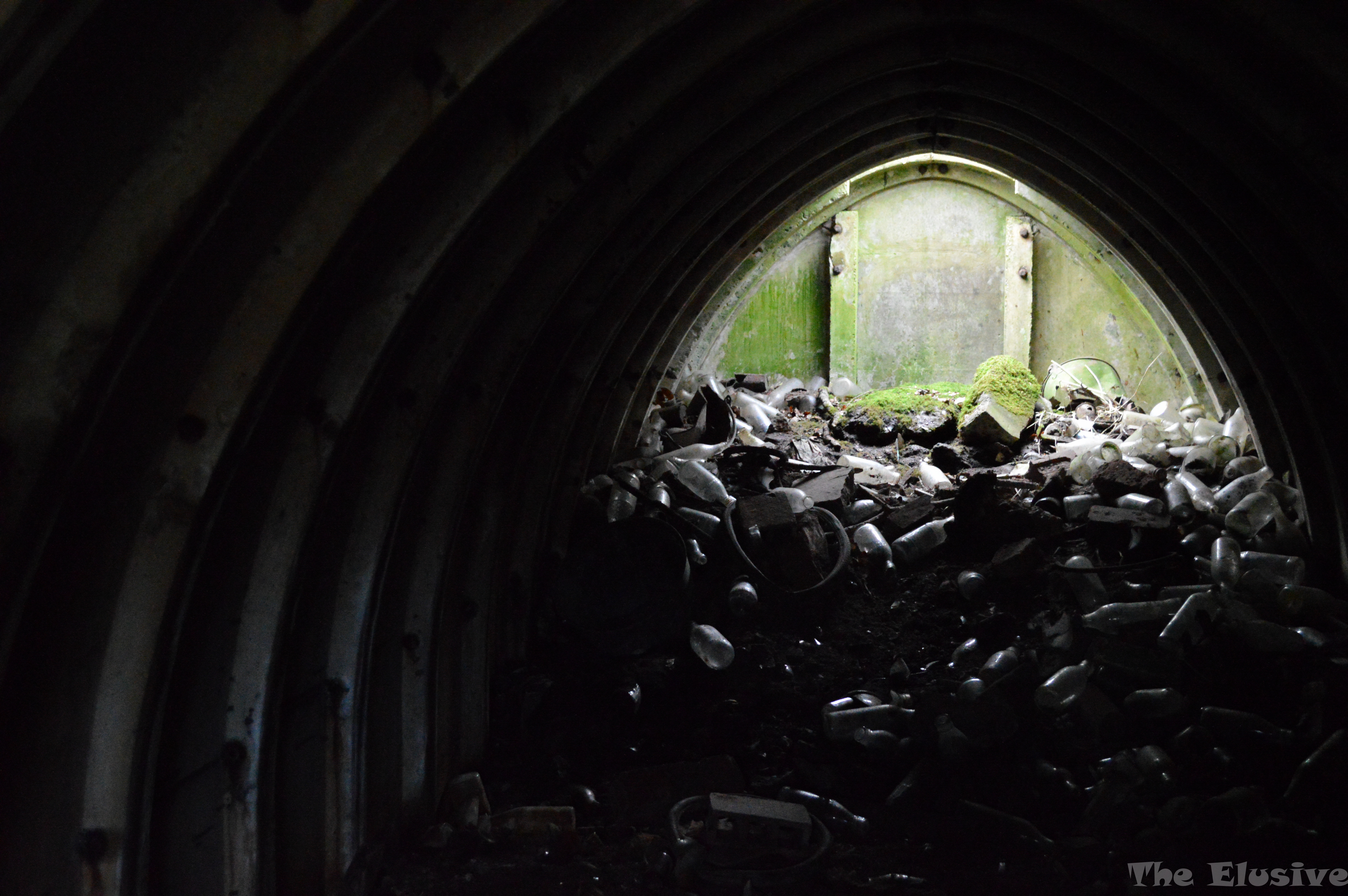 Spending some time roaming in the woods I stumbled across a group of air raid shelters; Interestingly the shelters we full of civilian rubbish that looked reasonably old which was very strange to find, more research uncovered that this former training school became a polish resettlement camp and the debris left is probably from them.

The western edge of the Wheaton Aston airfield
This is a service/perimeter road, rather than one of the three runways.
The airfield dates from WWII, having been built in 1941; it was used as a training unit for the RAF, and by the USAF for navigational and operational training. At one point, the Labour politician and architect of the National Health Service, Aneurin ‘Nye’ Bevan used the airfield en route to a meeting in Stafford. It closed very soon after the war; initially some of the buildings were used to house Polish servicemen and their families, at which point it was known as the Wheaton Aston Polish Resettlement Camp (there had been a strong Polish presence on Cannock Chase) but this was closed in the mid 1960s, and the ex-war buildings have since served as chicken sheds and, latterly, pig units.
http://www.geograph.org.uk/photo/3403289
More information and a link to a video about the place
http://www.controltowers.co.uk/W-Z/Wheaton_Aston.htm
https://www.youtube.com/watch?v=0TbLfmvtlzE