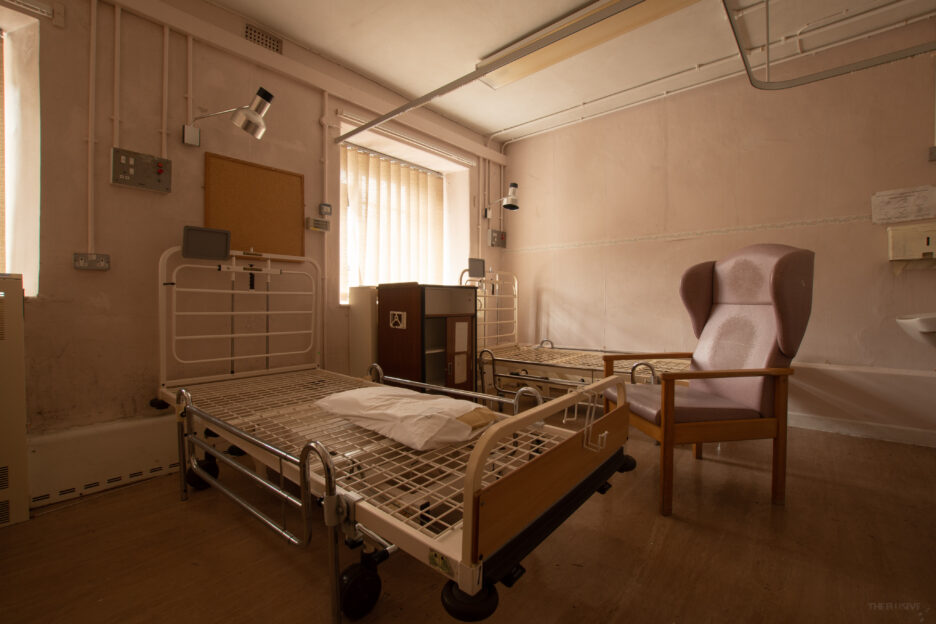 Ysbyty_Bron_y_Garth is a private permission visit; once a hospital and before that a workhouse its remnants of darker times in society.

The owners are restoring the building and reusing the space in the future which is fantastic addition to the local community when its finished!

Not enough historic buildings like this get saved, so when they do i am always keen to meet the passionate souls that take on a project like this!

The Ffestiniog (or Ffestiniog) Poor Law Union was formed on 8th May, 1837. Its operation was overseen by an elected Board of Guardians, 22 in number, representing its 15 constituent parishes included Ynyscynhaiarn. The population falling within the Union at the 1831 census had been 11,489. The average annual poor-rate expenditure for the period 1834-36 had been £4,208 or 7s.4d. per head. Ffestiniog Union workhouse was erected in about 1839 at Minffordd. The Poor Law Commissioners authorised an expenditure of £3,200 on construction of the building which was to accommodate 150 inmates. The workhouse location and layout are shown here

Built c1838 as the Ffestiniog Union Workhouse; enlarged 1897 it was to be a workhouse for nearly 100 years before becoming a public assistance institution in the 1930’s and then eventually in 1948 its joined the National Health Service is it formed in 1948 and has been a hospital until closure in 2009.

Looking at information online shockingly it looks like there were pensioners once housed in this place; no such thing as retirement if you are poor!