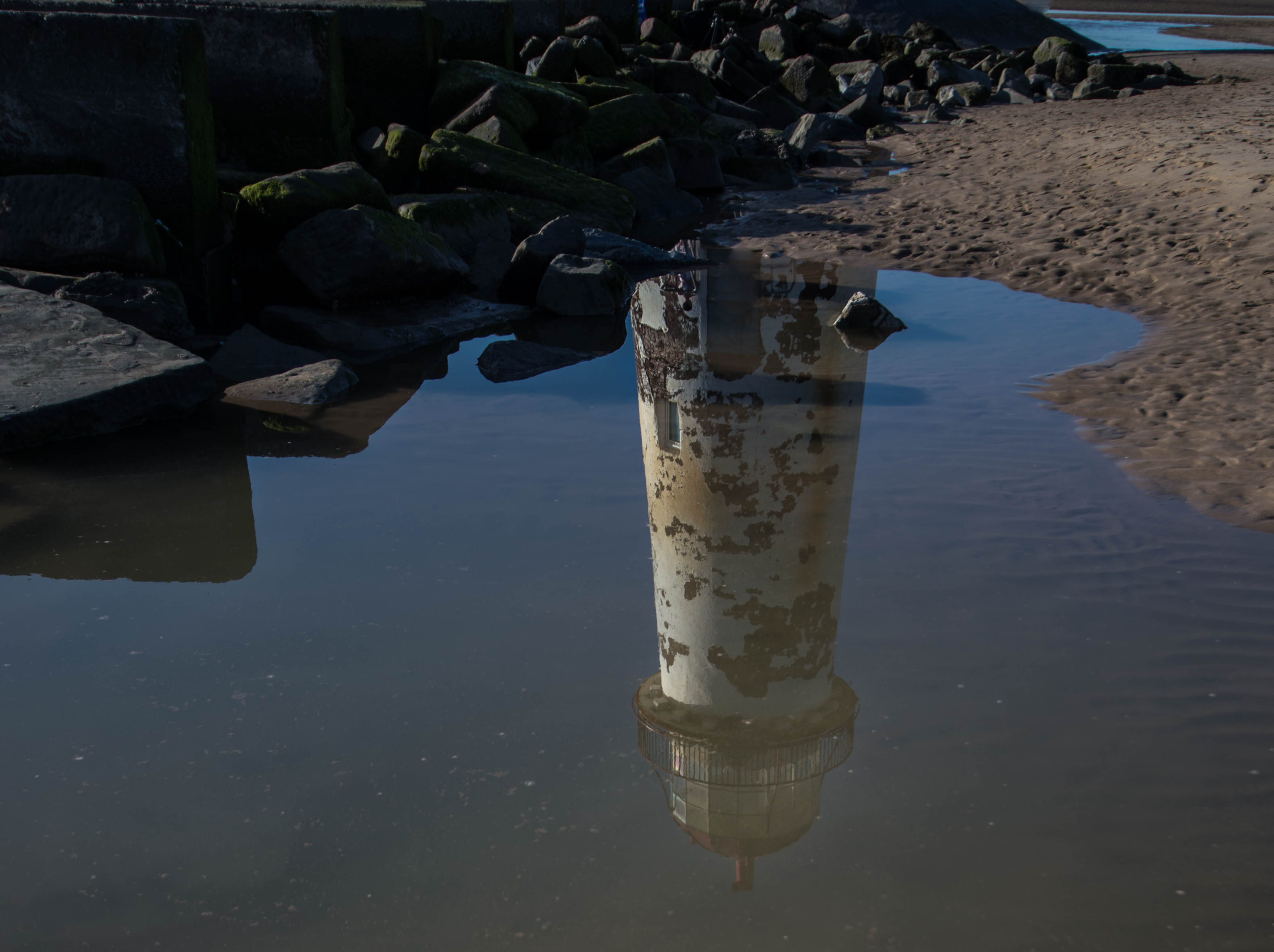 Nice sunny day and nothing better than a walk on the beach; This was an added bonus of course, not huge in size but different type of place to be abandoned. Built in 1776. The lighthouse fell into disuse in 1884.  At 18 metres high, it’s not particularly big, but nonetheless it is quite impressive.  At high tide, it is cut off from the beach by about 40 yards of water, so don’t get stranded! Brought sometime between 2009 and 2013 the lighthouse is grade 2 listed; amusingly the tales and tall stories of the ghostly figures had prompted planning permission for a rather eccentric type of installation.

The idea for the 2m (6ft 5in) stainless steel statue came after repeated reports of a man wearing an old-fashioned keeper’s coat.

The lighthouse has been locked and out of service for more than a century.

In recent years, several people have reported seeing the figure at the lighthouse