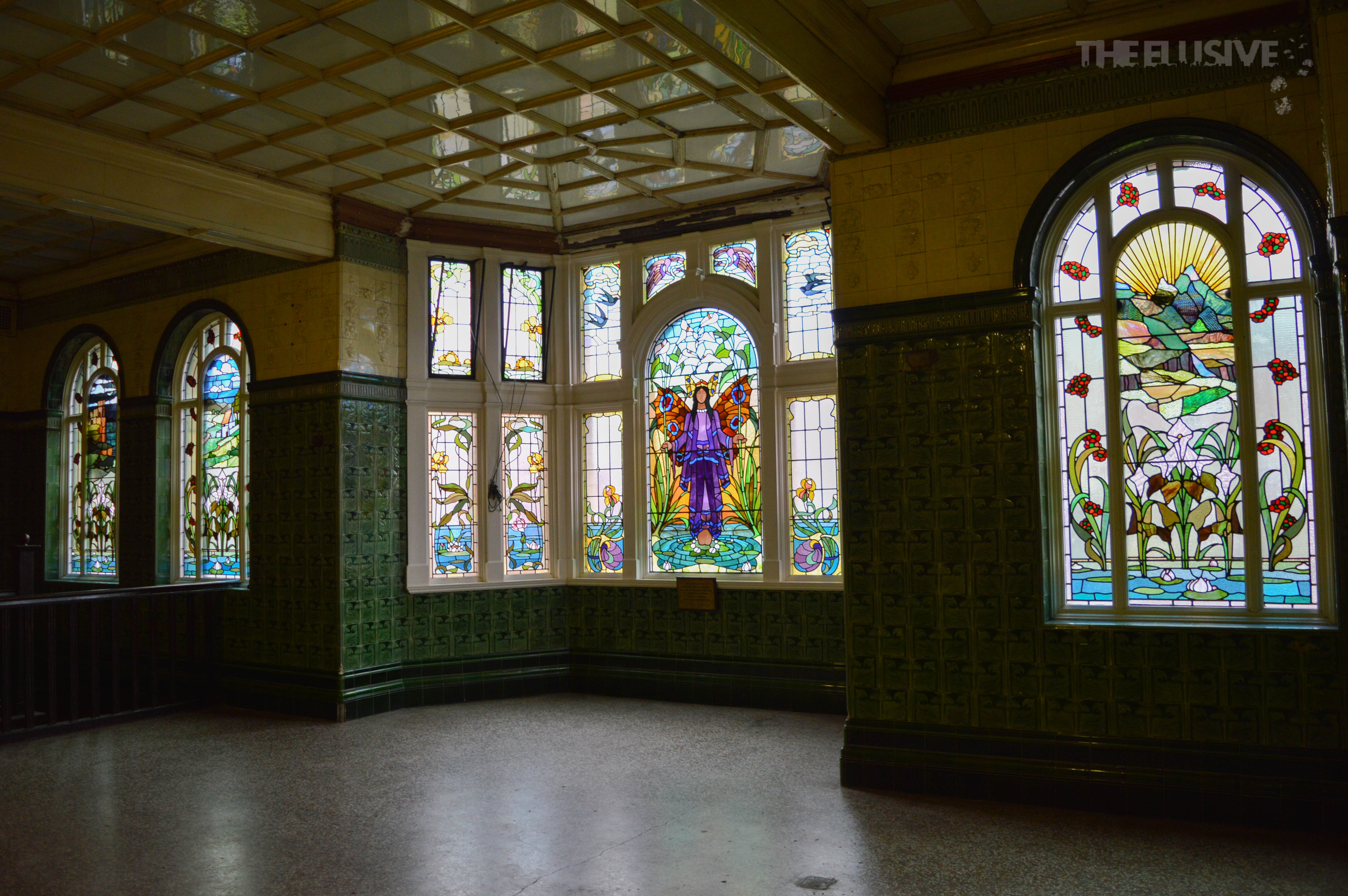 Not my usual type of place to visit, as normally the restoration hasnt normally started or is in the earlier stages, that being said the volunteers have worked incredibly hard to try to make use of the resources available and the part that have been restored are just beautiful. Very lucky to have had an opportunity to see “behind the scenes” at the baths allowing access to the belly of the beast! for want of a better expression!

In 1902 Mr Henry Price was appointed as the first City Architect of Manchester and became responsible for the Victoria Baths building project. Building commenced in 1903 and a commemorative terracotta coat of arms was installed in the Males 1st Class / Gala pool.When it opened in 1906, Victoria Baths on Hathersage Road, Manchester, was described as “the most splendid municipal bathing institution in the country” and “a water palace of which every citizen of Manchester can be proud.”  Not only did the building provide spacious and extensive facilities for swimming, bathing and leisure, it was built of the highest quality materials with many period decorative features:- stained glass, terracotta, tiles and mosaic floors.

By the time the Baths had been completed, the cost had risen to over £59,000, more than double the usual price of building a public baths. But the council were clear in their justification for the expenditure – they had indeed created a “water palace”.

The Galloway boilers were installed in 1906 along with the sand filters for filtering the well water. These boilers produced the hot water and heating for the building and were fired by stokers who shovelled the coal by hand into the furnaces.

The Turkish Baths suite at Victoria Baths was one of several built by Manchester Corporation. It contained three hot-rooms, a shampooing room, a douche (shower), Russian bath (steam room) and a Rest room. Lots of info on Victorian Turkish Baths from http://www.victorianturkishbath.org/

The treatment of pool water progressed over the years and aerators were introduced to freshen up the water so that it could be re-used. By 1930 Victoria Baths had a chlorination plant which controlled the bacteria in the water.

In the 1950s, bowls became a popular activity, making use of the Males 1st Class / Gala pool when it was covered over in the winter months.

Local residents tried to prevent the closure of Victoria Baths but the council couldn’t justify the expense of keeping it open. So the building closed on 13th March 1993. The Friends and the Trust were formally constituted later that year.