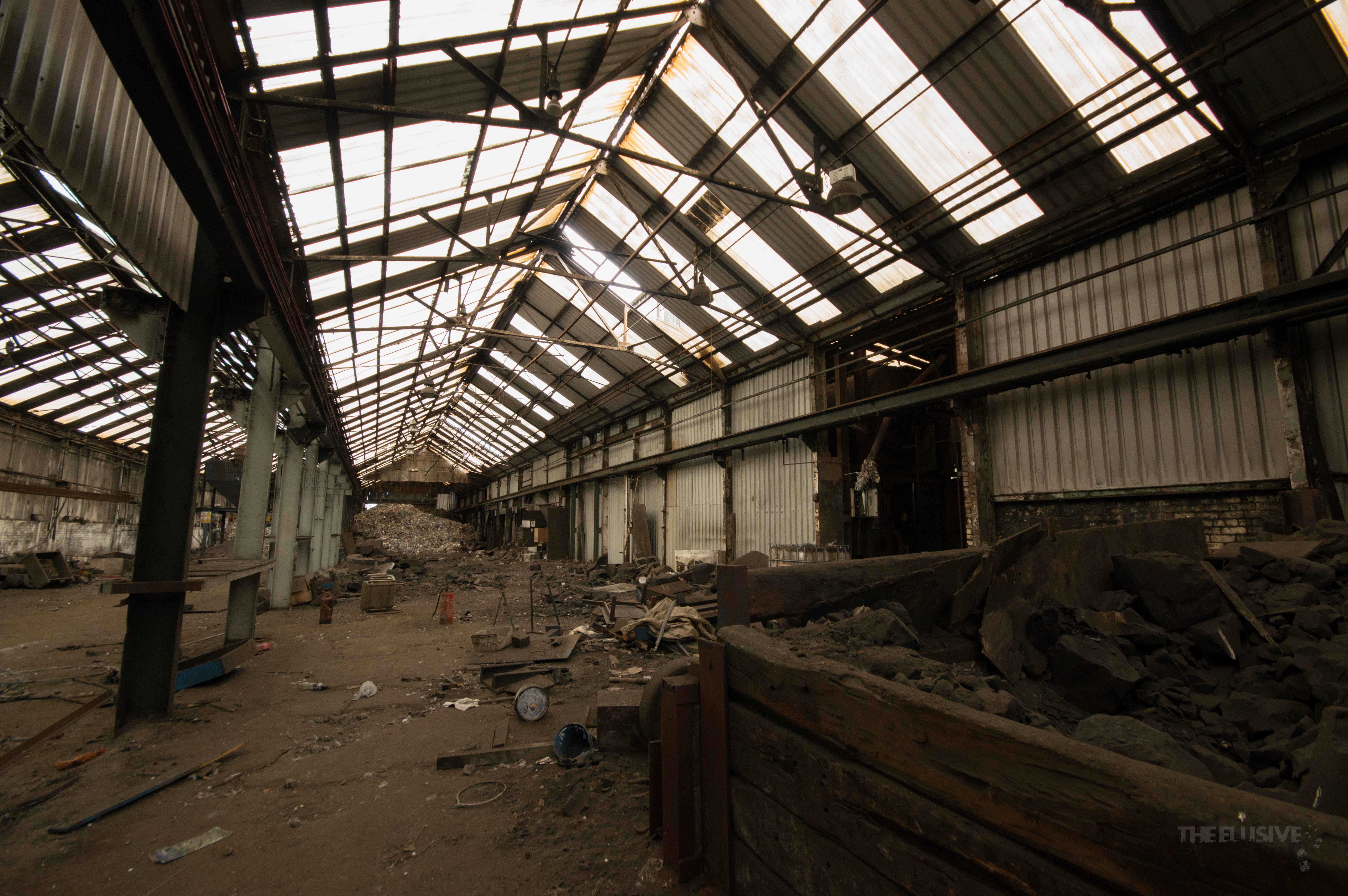 Better late than never! This place was somewhere we decided to check out as we were expecting it to have been all gone. Amazed that despite the new purpose for the building most of the items left fromthe foundry are still there…

Not the easiest of places to have a look at and certainly not the best smell wise!!

The company, which was founded in 1920, employed just over 100 staff and traded from premises in Smethwick. It operated aluminium and iron foundries, supplying castings and project development solutions to a number of global manufacturing and engineering customers for use in a variety of industry sectors.

Until recently, the company had focused solely on the iron foundry business. However, following the acquisition of the company in early 2012, significant investment was made including the expansion into the aluminium castings market.

Turnover at the company fell during the latter part of 2013, following the loss of a number of customers and this led to serious cash flow issues. As a result, the company ceased to trade at the end of 2013, and around 90 of the employees were laid off during January 2014.