This place is another in which I’ve seen around online for years and watched it get more and more ruined as time goes on, still glad I got to see it, entrance is elusive and amusing and now rather stinky! 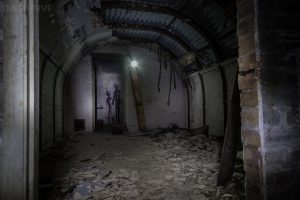 This piece of drainpipe is affectionately known as bob! Hello Bob!

The structure looks superficially like the coastal artillery deep shelters nearby, having the same structure of vaulted steel sheeting supported by colliery hoops, but there are many differences from the access stairs to the remaining plant.

The only surviving access today is via the western entrance which included rails to allow heavy equipment to be brought in or removed, while the other entrance is blocked. Both stairs have unusual knuckle-like offsets at their bases before the bunker itself is accessed.

The complex comprises a pair of parallel longer tunnels, the rearmost one originally containing the wireless station, while the foremost was for crew accommodation and everything else. These are linked by shorter link tunnels whose function is unknown, and there are additional spurs, the largest of which contained the generator that powered the plant and lighting.

Ventilation towers with moveable eyeball-like nozzles are another unusual feature, and are only otherwise found locally in the Dumpy tunnels at Dover Castle. They are believed to have a naval origin. The size of the ductwork is much greater than at the artillery deep shelters presumably due to the need to cool temperature gains from the mechanical plant.

Other unusual features include the flat-topped vaults and block wall lining.

The rendered ceiling panels are believed to contain asbestos and as much of this has collapsed and is disturbed during access, it is strongly recommended that the site is not entered. 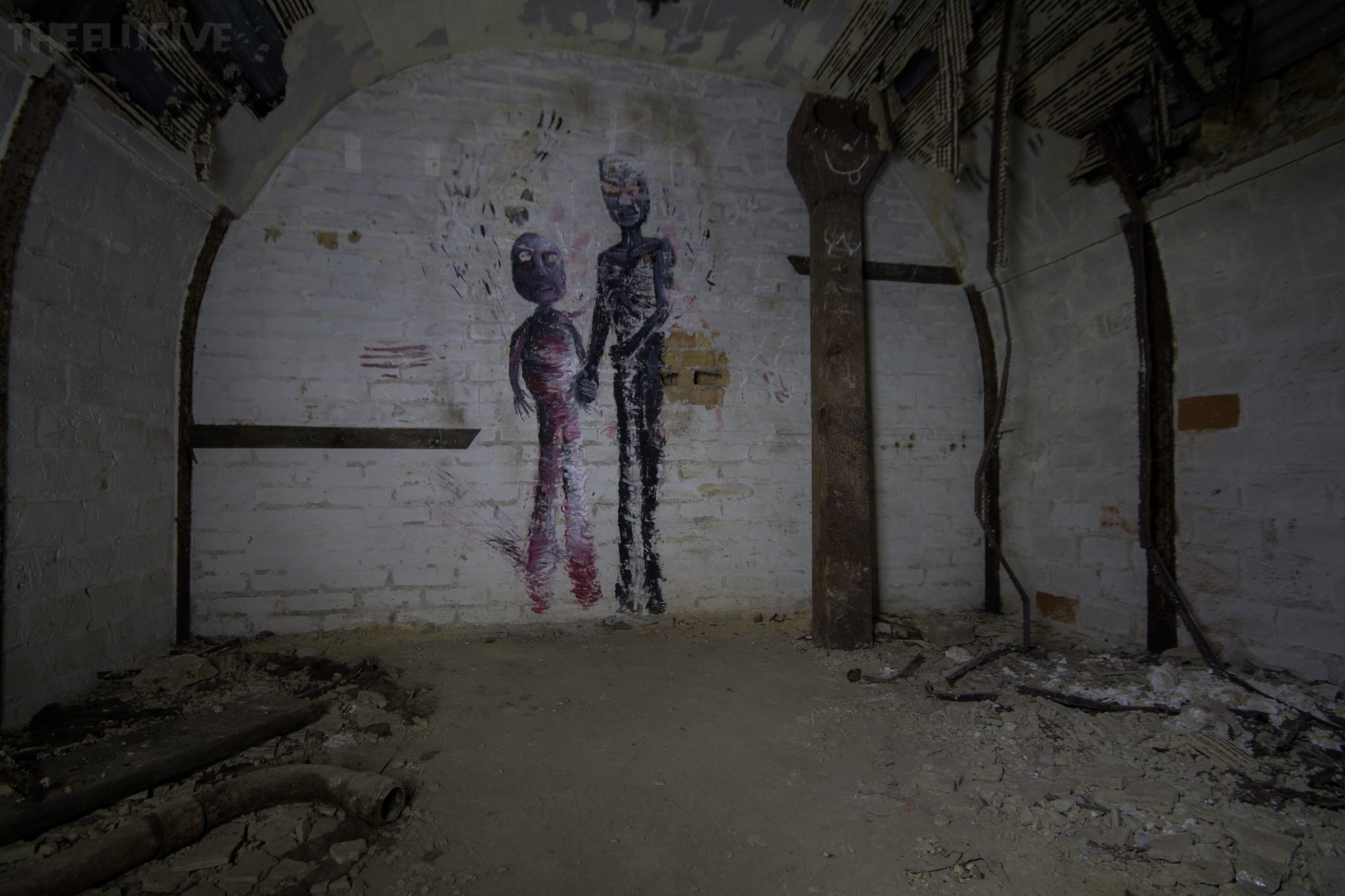 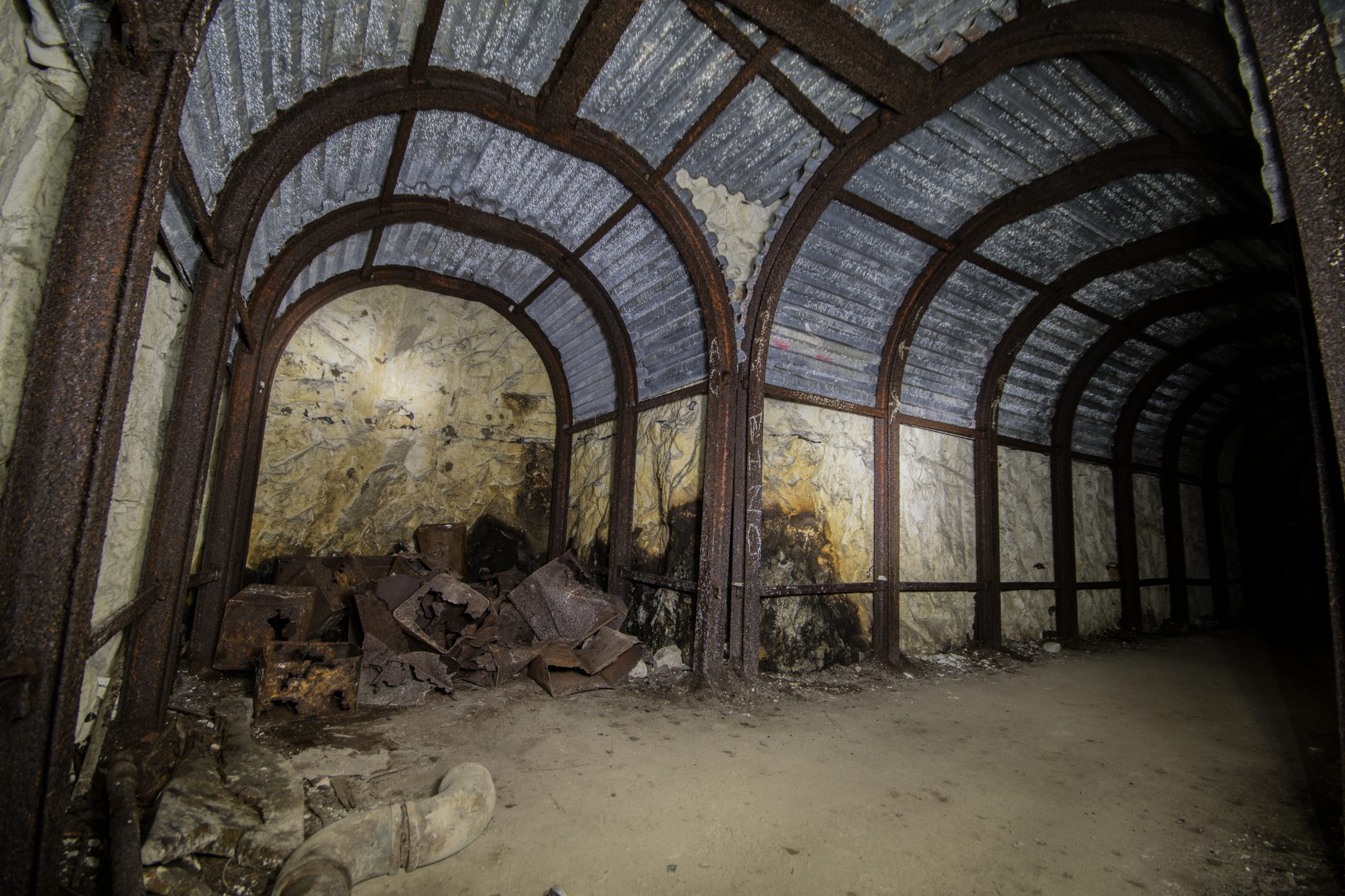 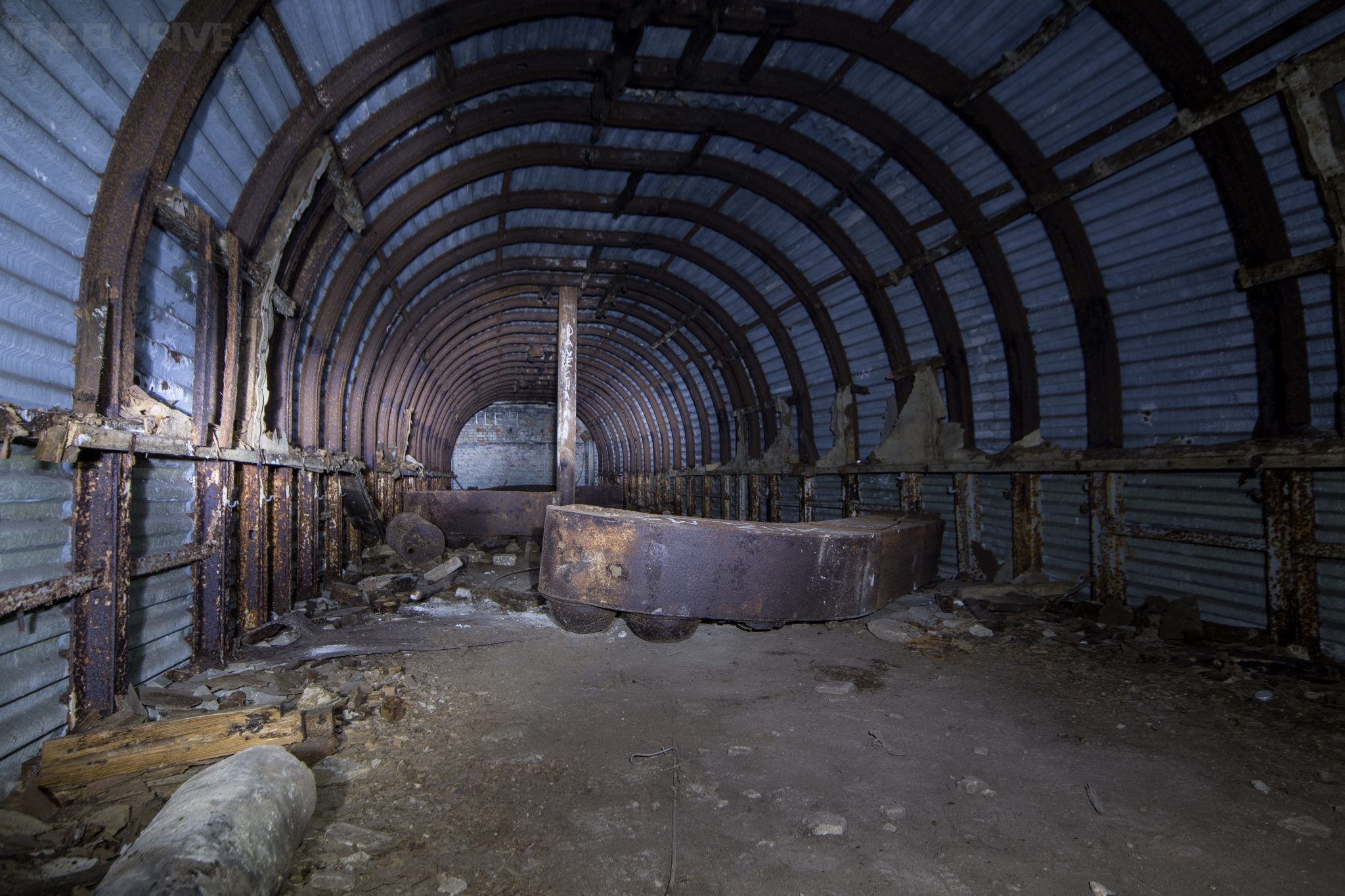 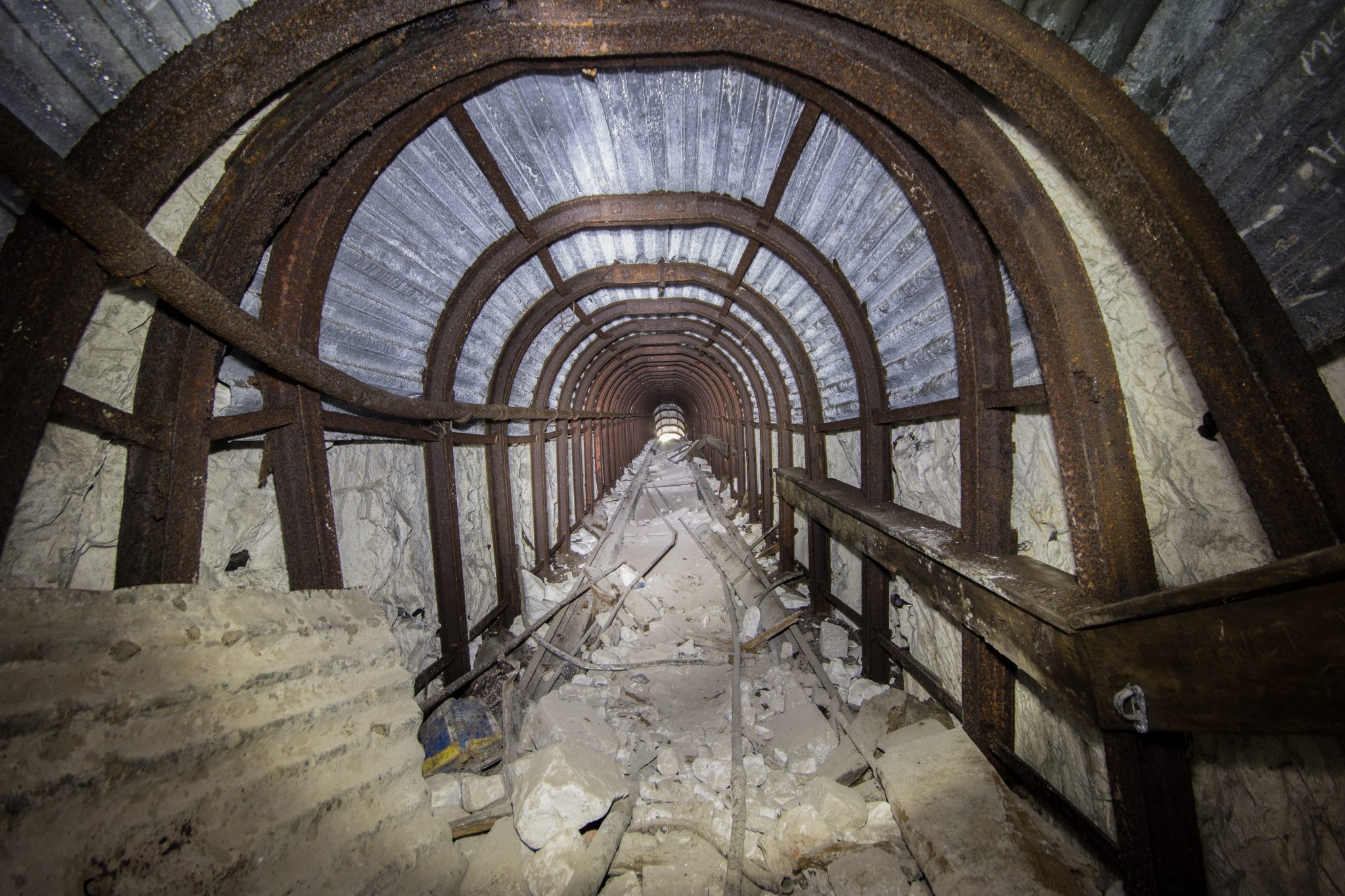 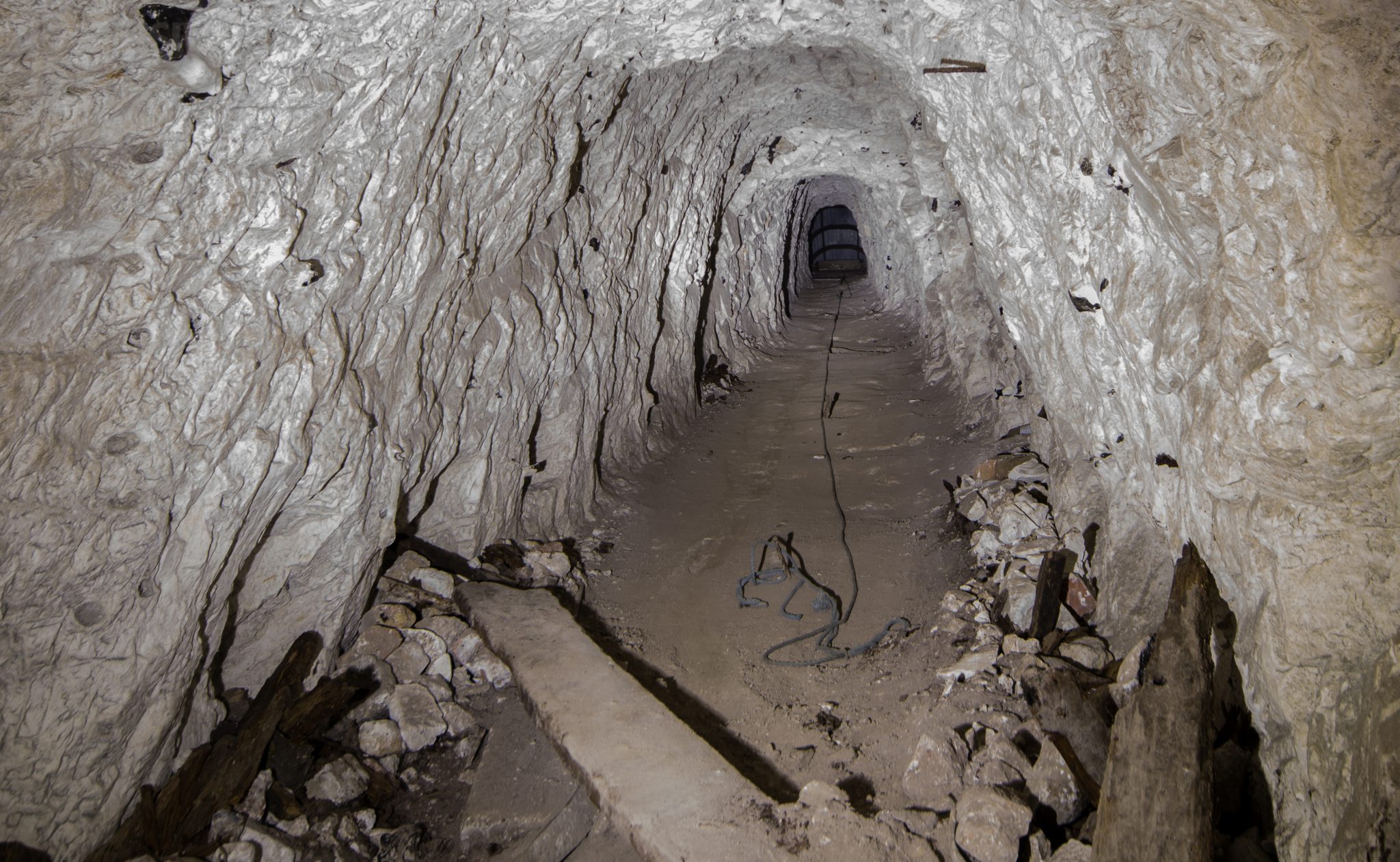 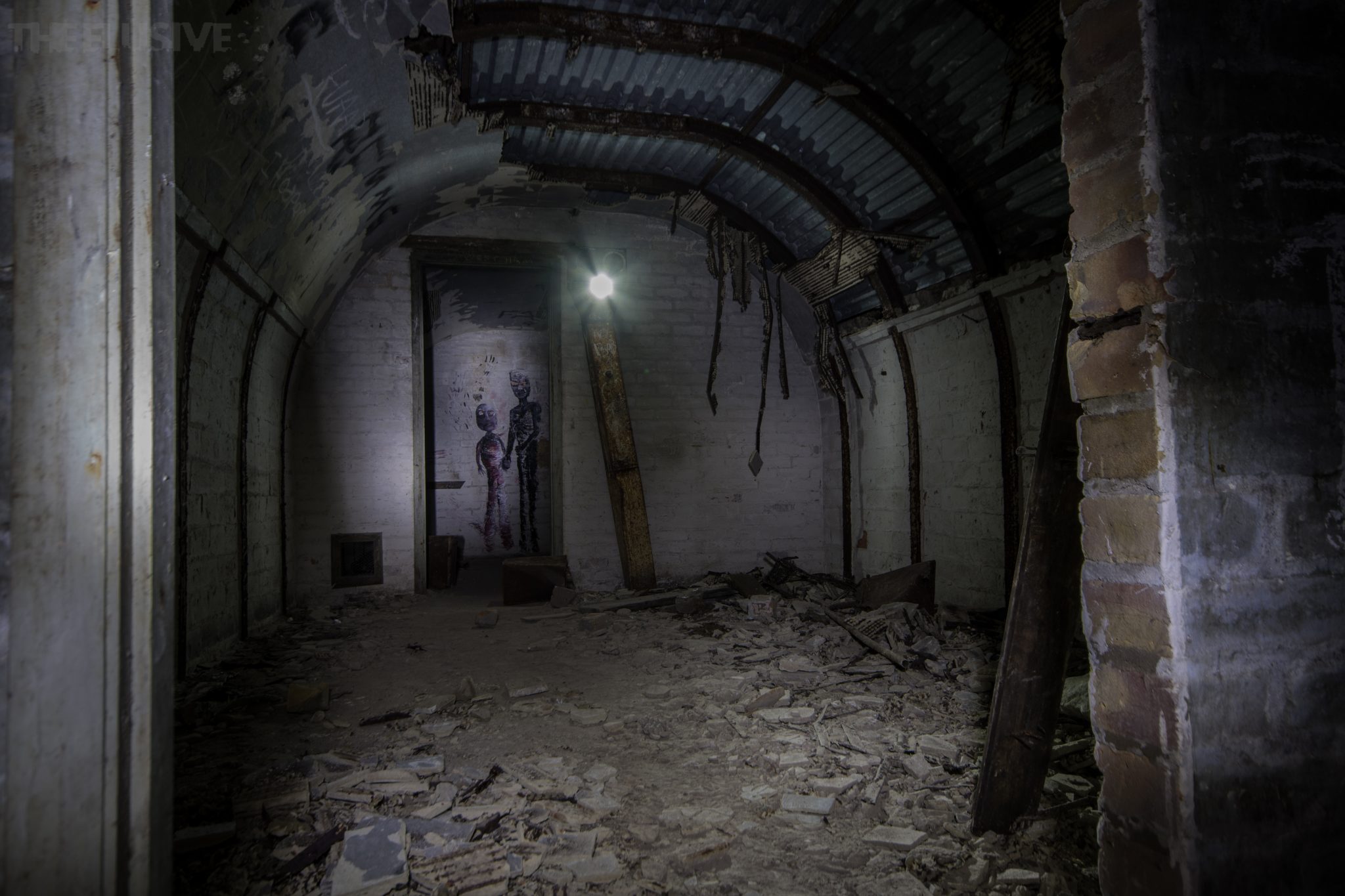 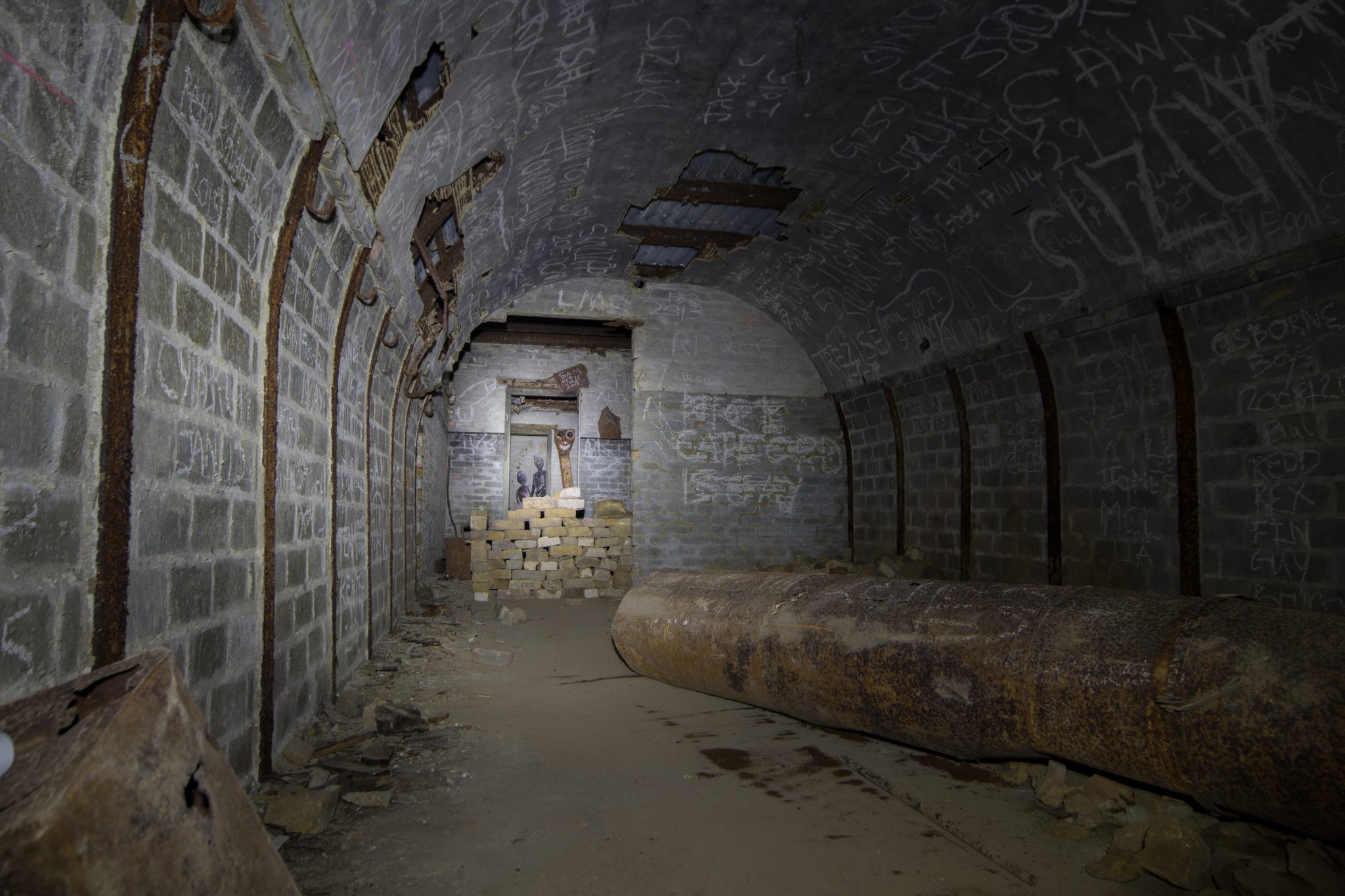 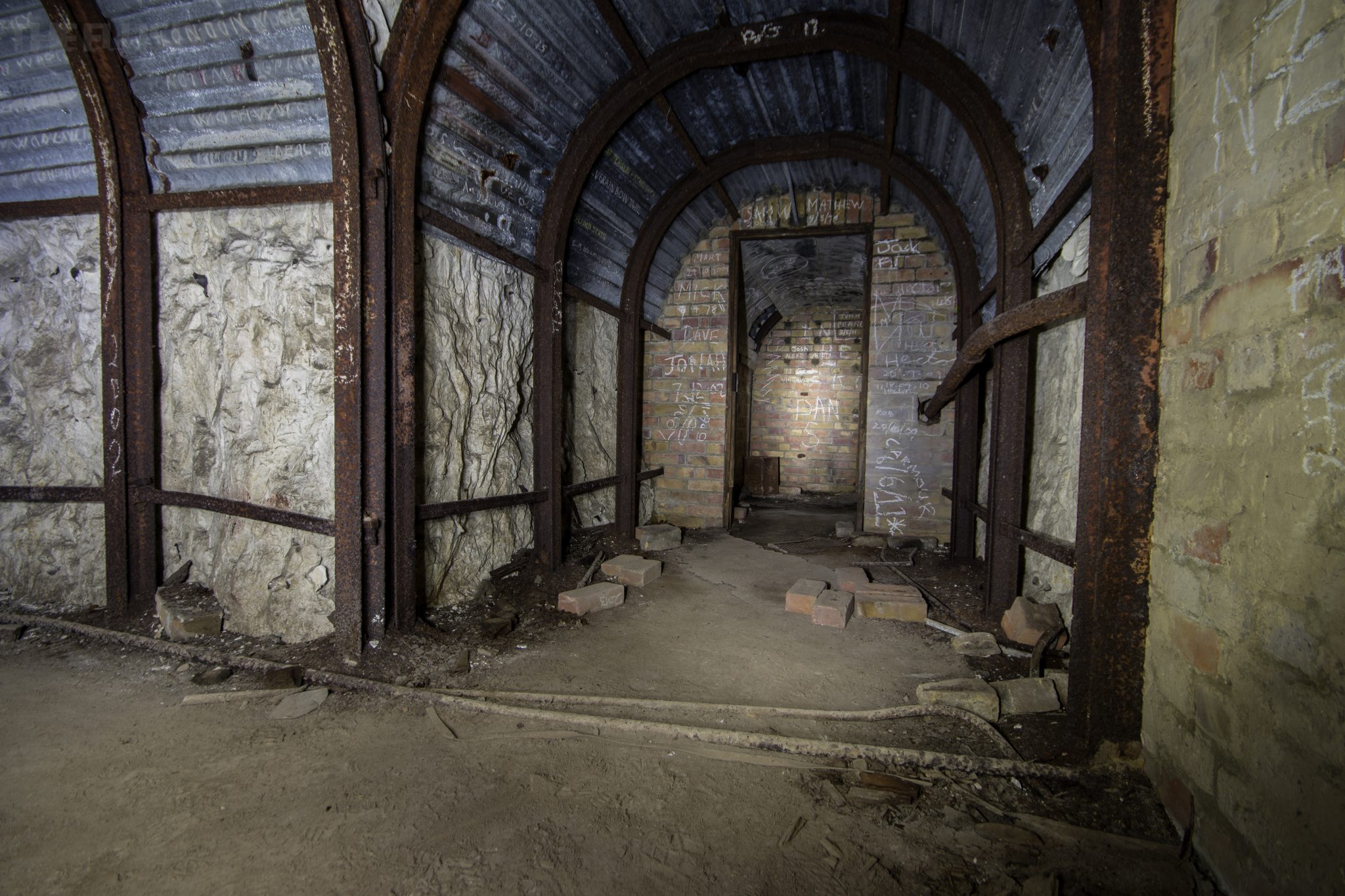 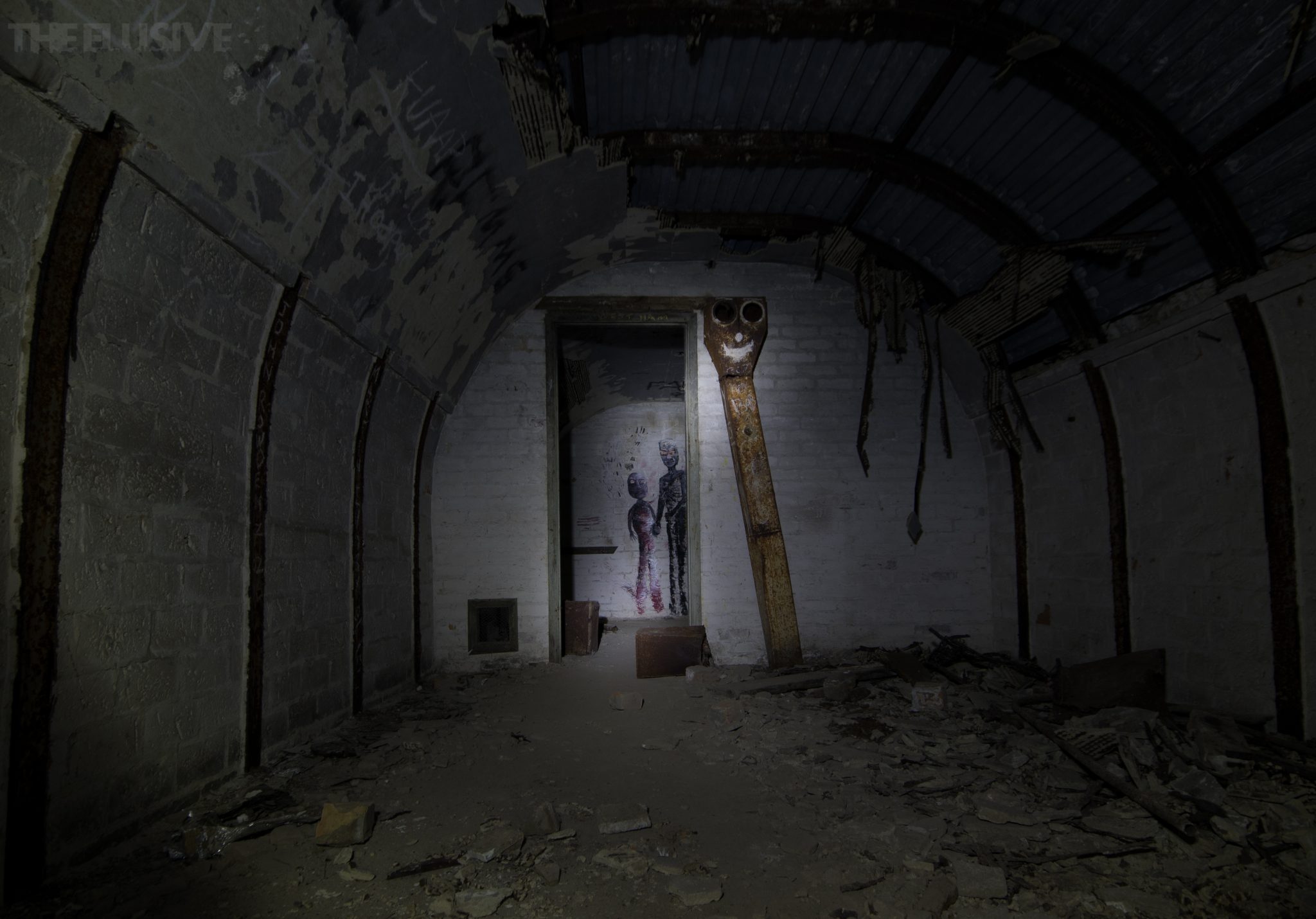 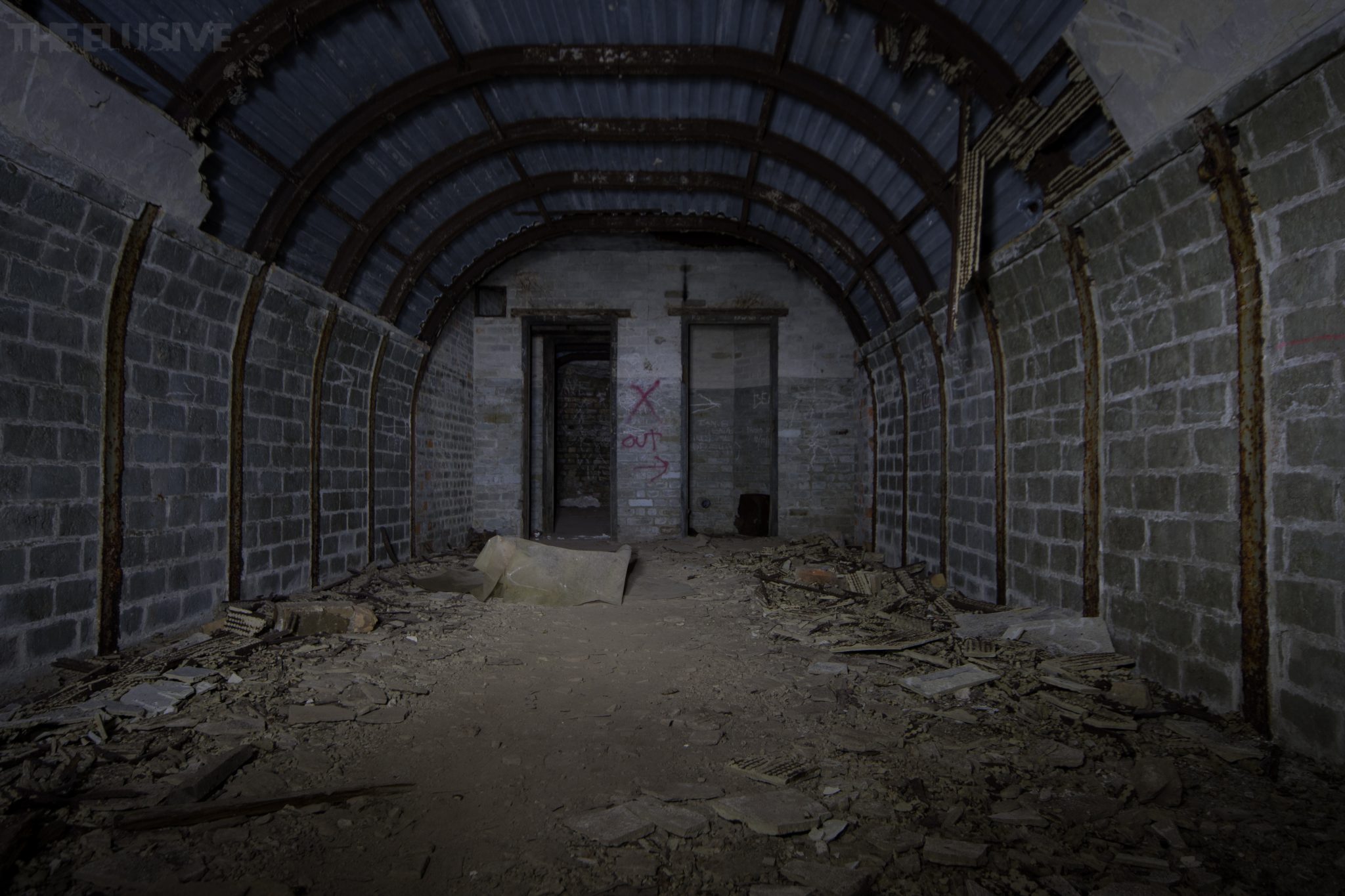 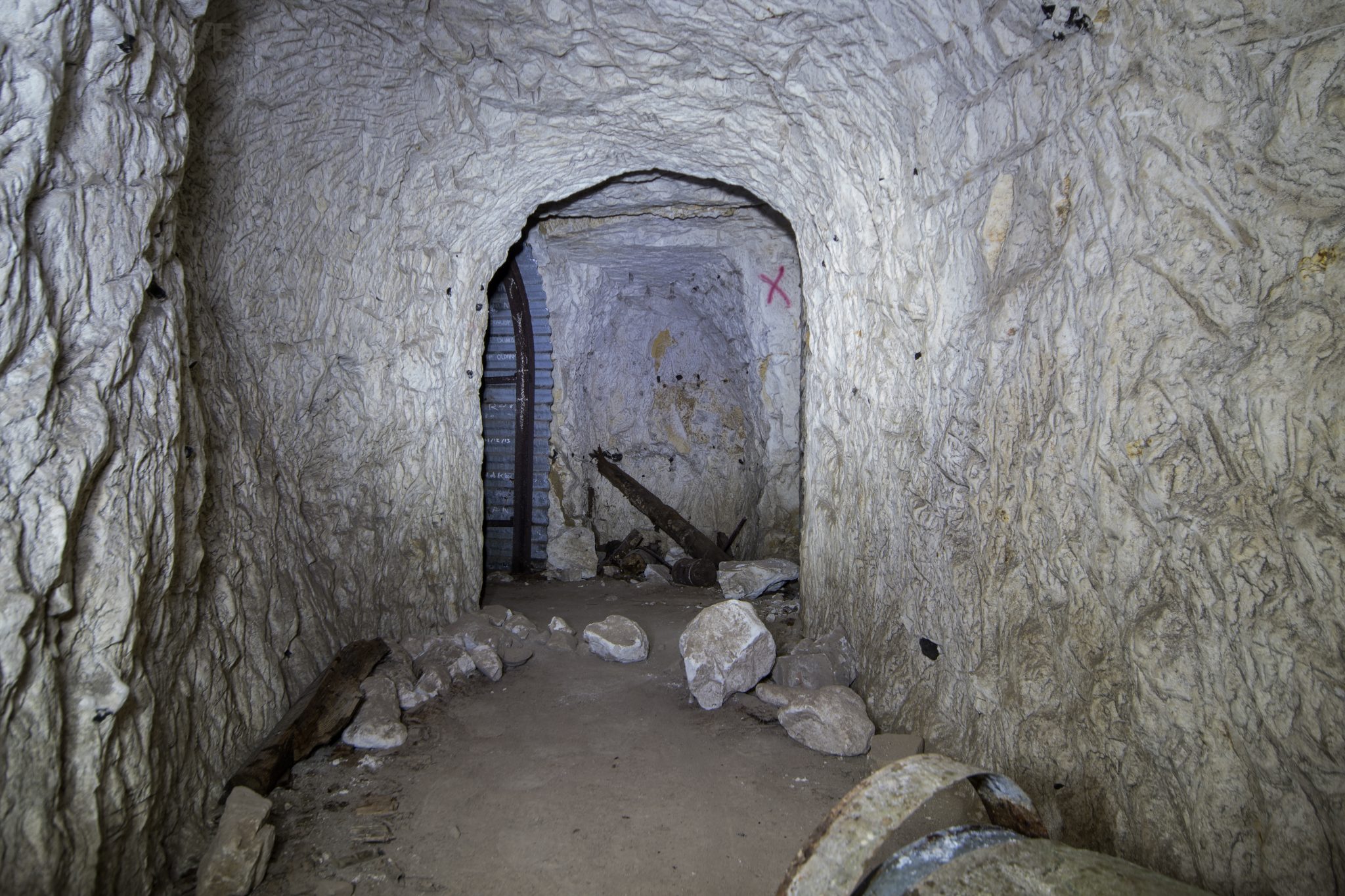 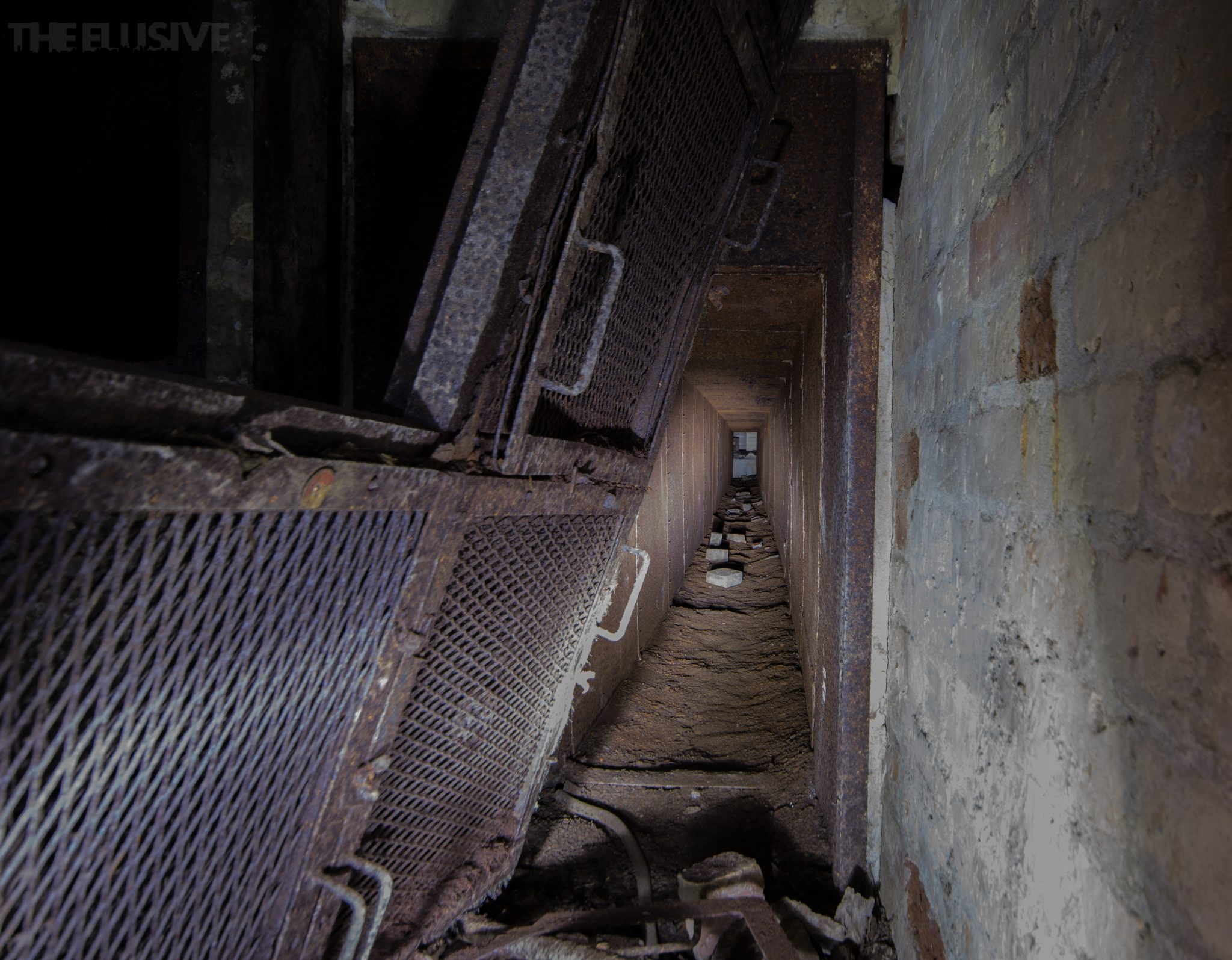 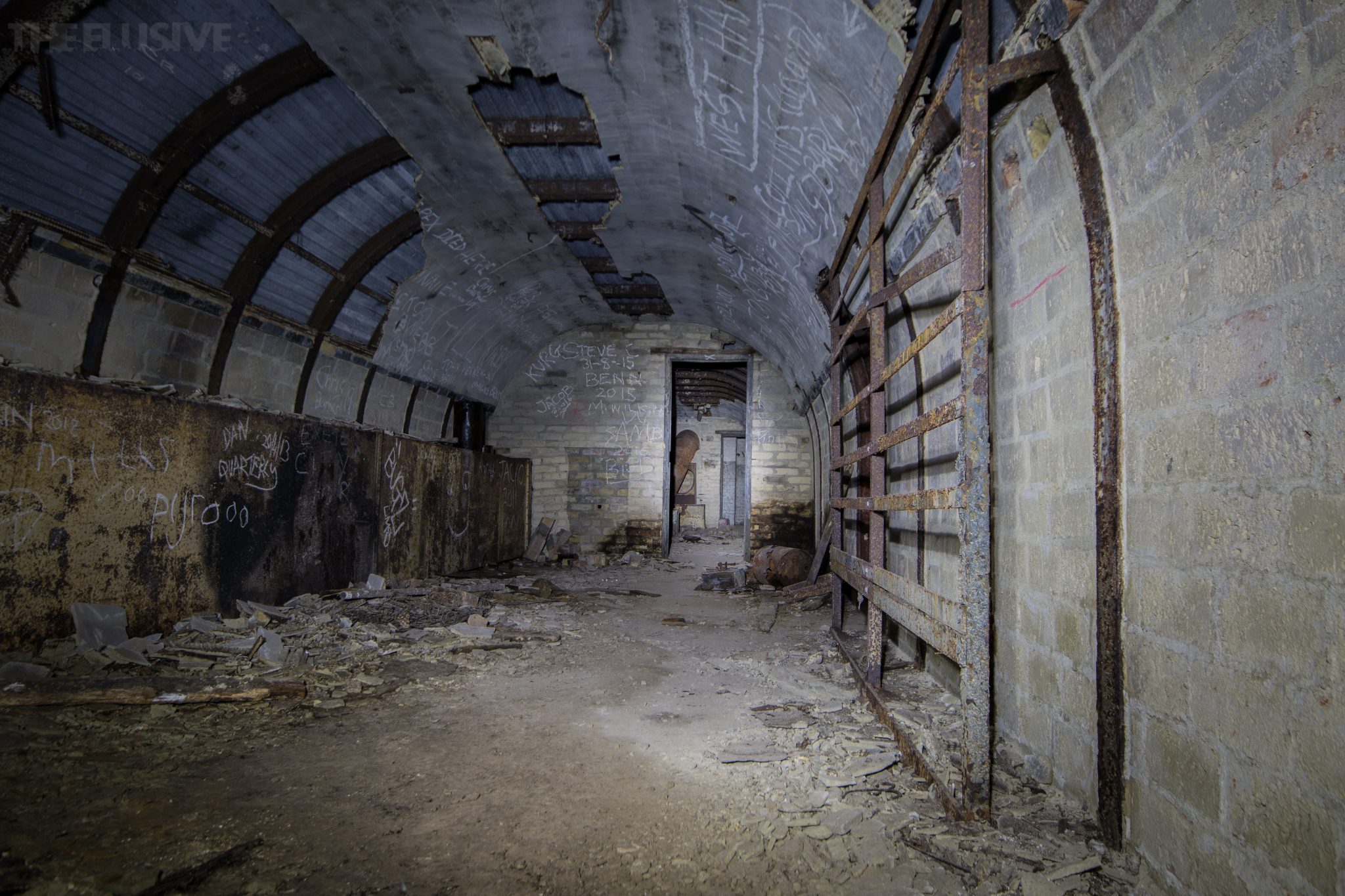 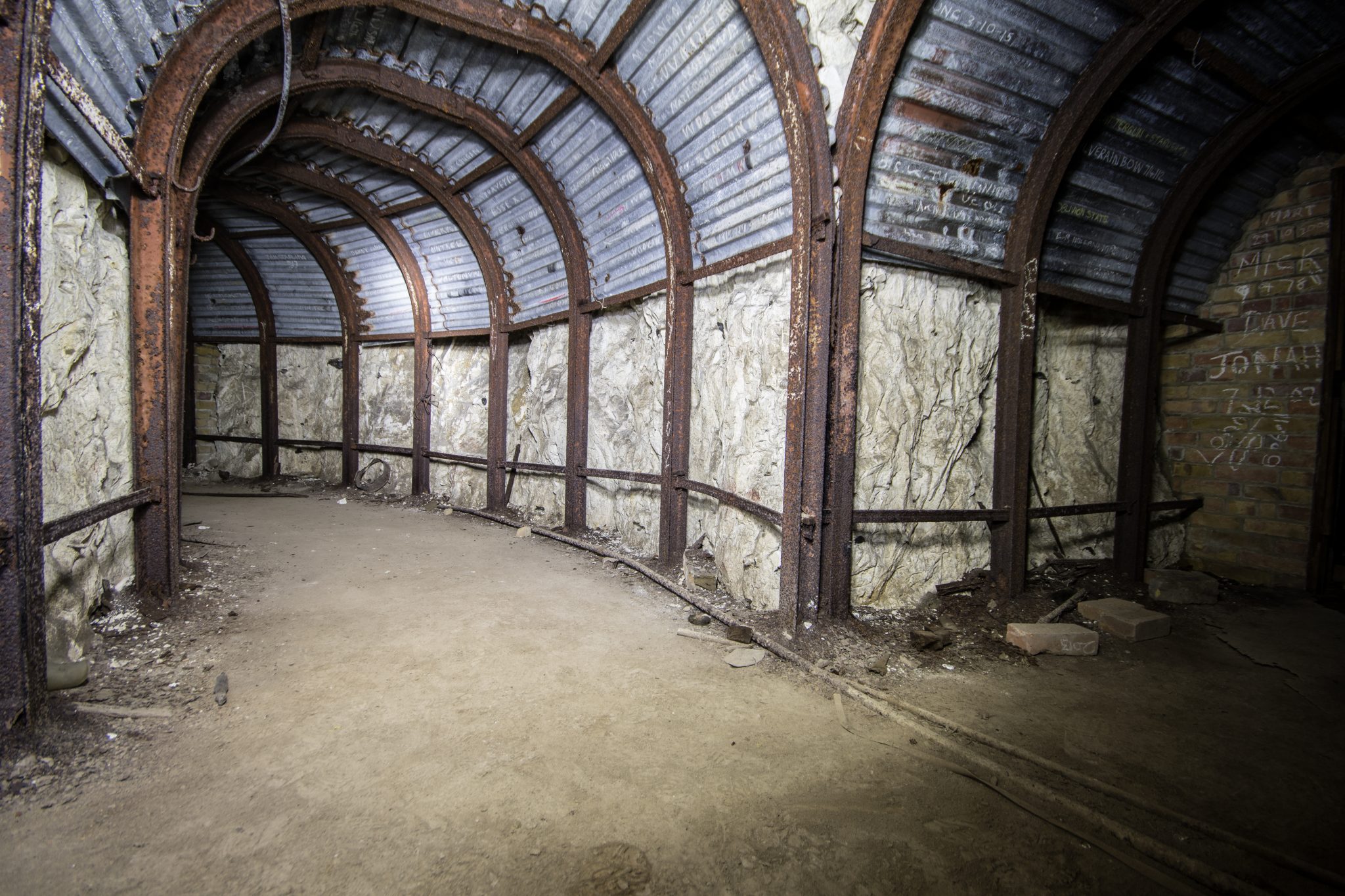