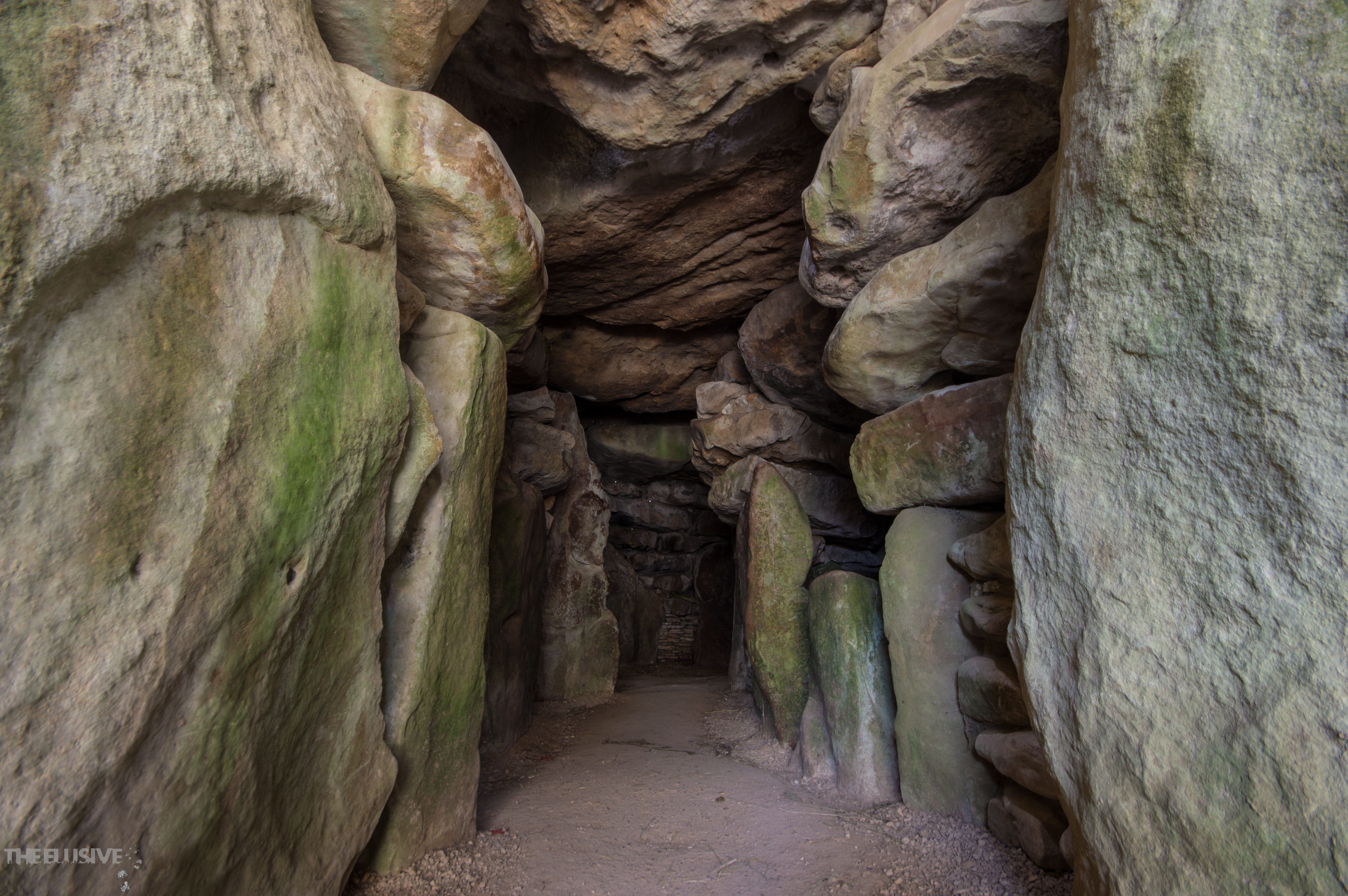 Interesting place, stinks of tinkle though sadly so much so i left my tripod in there and stayed by the entrance with remote… it literally took your breath away and for me to actually type this; with all the stinky, filthy ,gunky places i’ve been…… you know its bad!

One of the largest and most impressive Neolithic graves in Britain, West Kennet Long Barrow was built around 3650 BC and used for at least 1,000 years.

The barrow may have been constructed in at least two phases, as there is a noticeable bulge halfway along the longitudinal axis accompanied by a subtle change in direction.

Some cremations and the partial remains of at least forty-six individuals – both male and female and of all ages – have been found inside, together with grave goods including pottery, beads and stone implements such as a dagger, dated to between 3000 and 2600 BC.

The tomb was closed sometime around 2000 BC and the main passage filled with earth, stones, rubble and debris. The forecourt was then blocked with sarsen boulders and a false entrance of twin sarsen uprights constructed. Finally, three massive sarsen blocking-stones were erected across the front (eastern end) of the tomb.

The barrow was first excavated in 1859 and then again, scientifically, in 1955–6, after which the site was restored and the façade and chambers at the eastern end reconstructed.

The huge earth barrow survives to a maximum height of 10.5 feet (3.2 metres) and tapers out from the narrower western end to a maximum width of 82 feet (25 metres) towards the eastern entrance.

At just over 328 feet (100 metres), the barrow is second only to the nearby East Kennet Barrow in length. Although it is now covered with turf it would originally have had bare chalk sides and would have stood out against the landscape. It consists of a core of sarsen stones capped with chalk rubble from the surrounding quarry ditches.

At the eastern end of the mound is an impressive structure consisting of five chambers opening off a central passage. This is fronted by a semicircular forecourt with a façade of huge sarsen stones aligned north–south.

The main passage penetrates about 42 feet (13 metres) into the barrow, with two of the burial chambers on each side of the passageway and one chamber at the end. The side ditches to the north and south of the mound have now been almost buried by ploughing.

It is possible to enter the chamber of the barrow, and from the top of the mound there are good views of Silbury Hill, the East Kennet Barrow, the Sanctuary and Windmill Hill.