New Update from the friends of the Carnegie Old Library! 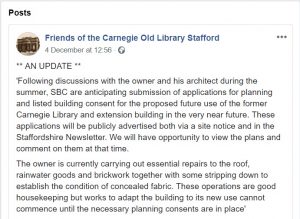 UPDATE: Vandals have managed to get in and shame all of the glassed details inside there and more, sadly I haven’t been in to see the extent of the damage.  It is documented by the friends of on their facebook page , work has begun now Im assuming it is going to be a restaurant or something. 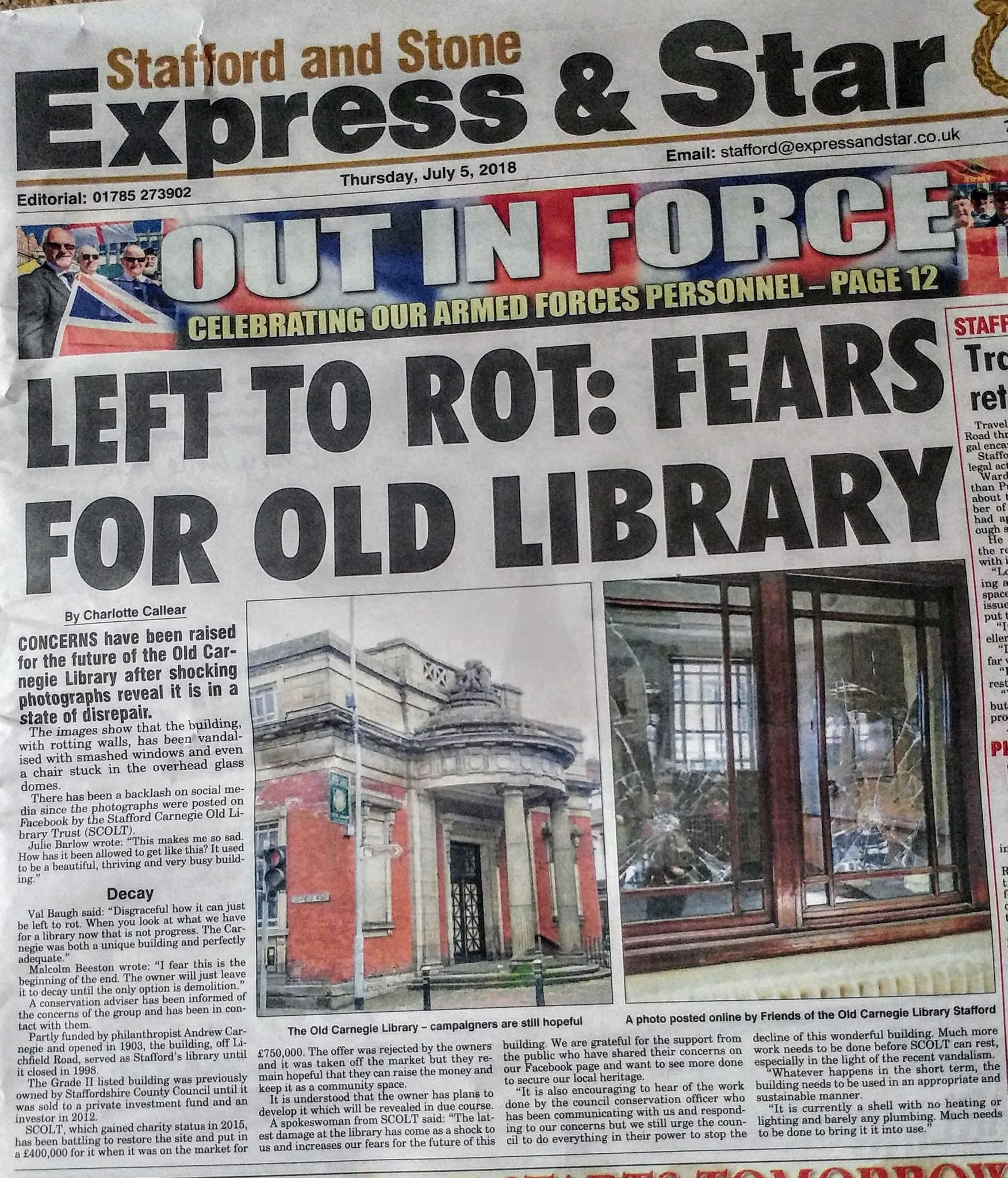 This is a fantastic building with fond memories, In my local town I have spent many an hour in here reading or upstairs in music department! Such a shame that its going up for auction shortly This was a Permission Visit and I am very grateful to be able to have documented such a beautiful place.

Stafford Borough Library was housed throughout the later C19 in the Borough Hall. This was at first a reading room, but a reference library and lending library were established in the former dining room of the Hall in 1882. The present building, originally known as the ‘New Free Library’, was designed by the Liverpool architects Briggs, Wolstenholme and Thornely in 1912 and opened in 1914. It was partially funded by the charity of Andrew Carnegie, although apparently before the Carnegie United Kingdom Trust had been founded in 1913. Its foundation stone was laid by the Mayor of Stafford, Cllr. C W Miller on 19th February, 1913. It housed the lending and reference libraries and a reading room. It also became the location of the collection of ethnographic, zoological and geological specimens formed by Clement Lindley Wragge of Oakamoor, Staffordshire, which moved here from the Borough Hall. Open access to the shelved books was allowed from 1929 and an art gallery was opened in the building in 1934. An extension was added to the south-eastern end in 1962, apparently to the Borough Architect’s design. The building ceased to operate as a library in 1998 and was then used as Stafford Performing Arts Centre. In 2011 the building was sold by the borough to a developer and planning permission was granted to turn it into a restaurant in 2013, but this was not implemented and at the time of survey (June 2015) the building was vacant and for sale.

The former borough library of Stafford, originally known as the ‘New Free Library’, which was designed by the Liverpool architects Briggs, Wolstenholme and Thornely in 1912. The extension of 1962 by the borough architect is excluded.