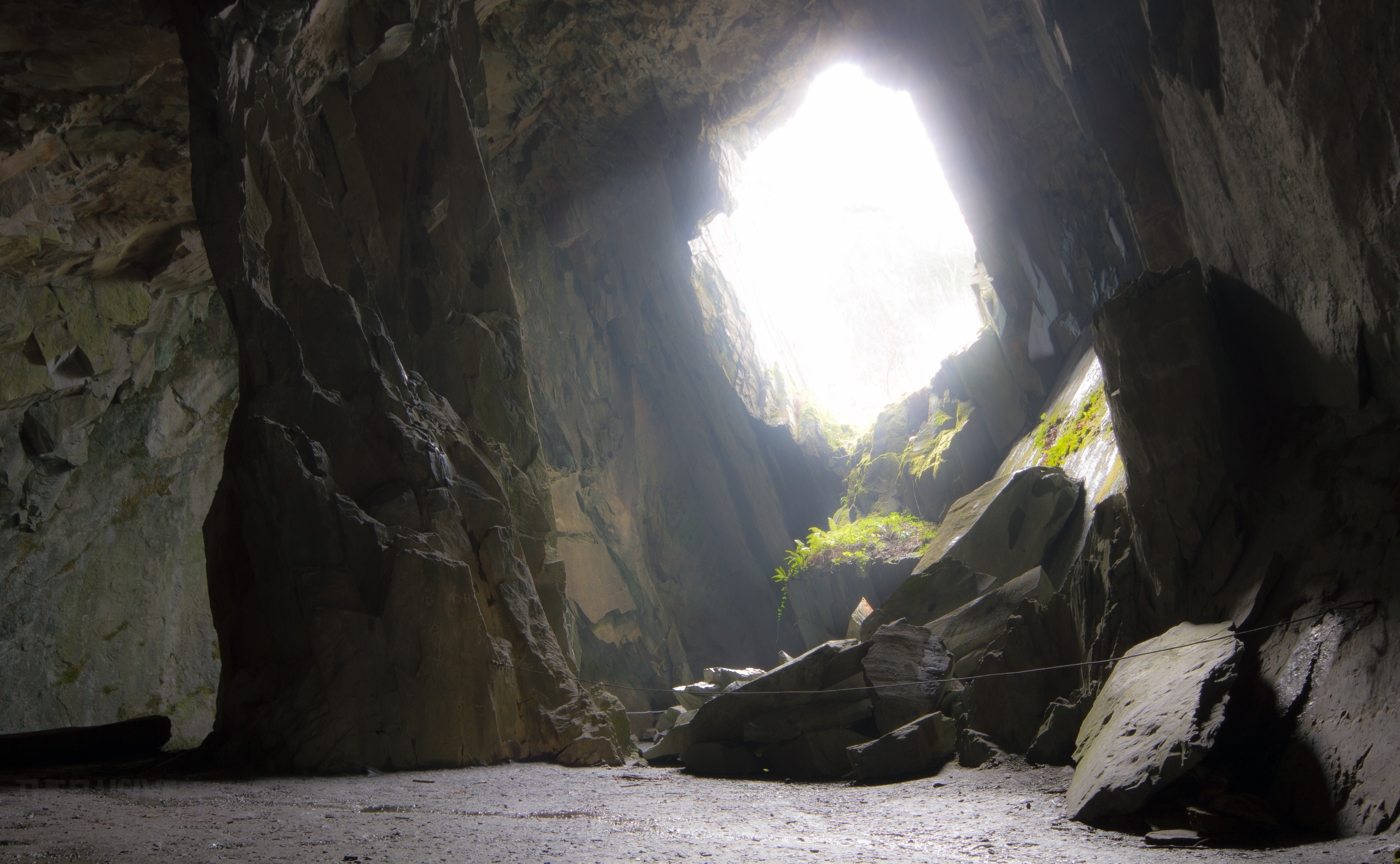 I saw this place on the internet some time ago and promised myself I’d see it for myself!; after a few failed trips I finally got to see it! I was so relieved that unlike some places I have been this was a place of natural beauty and hasn’t been subjected to clever photo trickery and Low angles!

Little Langdale has been heavily mined and quarried over the last several hundred years particularly for copper and slate although there is little activity there at present. Workings in the vicinity include the extensive slate quarries at Hodge Close, Tilberthwaite and the mines on the southern slopes of Wetherlam. A nearby mine at Hawk Rigg possibly dates from the Elizabethan era and it was reported in 1709 that iron ore was mined in the area. Slate mining particularly boomed in the area in the Victorian Era after the introduction of compressed air drills for making the blast holes and continued until the introduction of high-quality bricks for building.

Cathedral Quarries ), a set of disused inter-linked quarries for green slate, is above the valley in Atkinson Coppice. The quarry site is now managed by the National Trust and can be entered by the public. It features various chambers and tunnels, including one which is 400 feet (120 m) long. The quarry’s main attraction, ‘The Cathedral’, is a high main chamber 40 feet (12 metres) high, lit by two windows with a huge rock pillar supporting the roof. Some of the quarry smaller chambers are closed off for safety or have already collapsed. The quarry features at least 25 named rock-climbing routes that are graded Extreme and are 30–40 m long. The spoil heaps from these mines form large banks where silver birch and larch now grow.