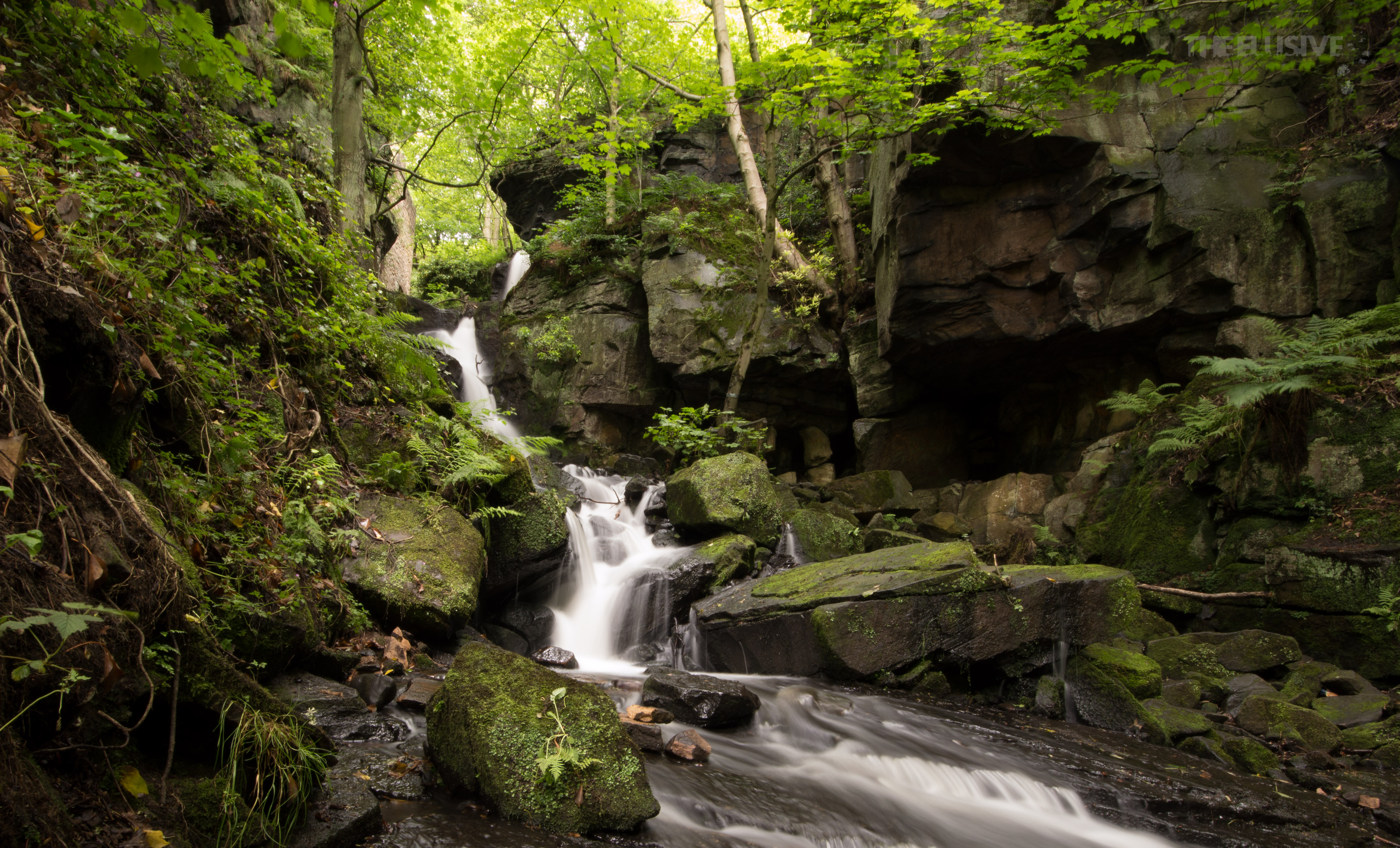 Very beautiful place  easily spend a few hours  here following the falls, This is another place that is quite busy but the falls are quite far apart and the whole site is quite spread out which gives you opportunities for people less shots!

Situated in Upper Lumsdale, Lumsdale Valley is known by many as a hidden gem. Here you can visit the remains of water mills, providing a peek at the history of our ancestors. Lumsdale Valley was once at the middlemost point of production in this remote valley.

Whilst venturing round the valley, visitors can see the remains of the most likely 16th Century Bone Mill, which was abandoned in the 1920s. Further along the path, visitors will come across a second, 19thCentury Mill, built in the 1850s. The second mill also features a large mill stone imported from France.

The path then leads on to Paint Mill, the third mill. So named as it was used in the paint industry, Paint Mill is one of the oldest in the valley.

Built in 1770, the Valley also features a fourth mill. The fourth mill is said to be quite something as it is built into the rock face which has been worn away by the waterfall. There is also a viewing platform here.

Upper Bleach Mill is the fifth mill of the valley. This mill was linked by train to another mill, Garton Mill, which took cotton from one mill to the other. The remains of the train track can still be found nearby. As the largest in this series of mills, Garton Mill was built in 1785 by Watts Lowe and Co and has a lengthy history. Having not become commercially successful as a cotton spinning mill, the company went bankrupt in 1813. After being sold to John Garton, the mill was converted into a bleach works which operated until the early 20thCentury.