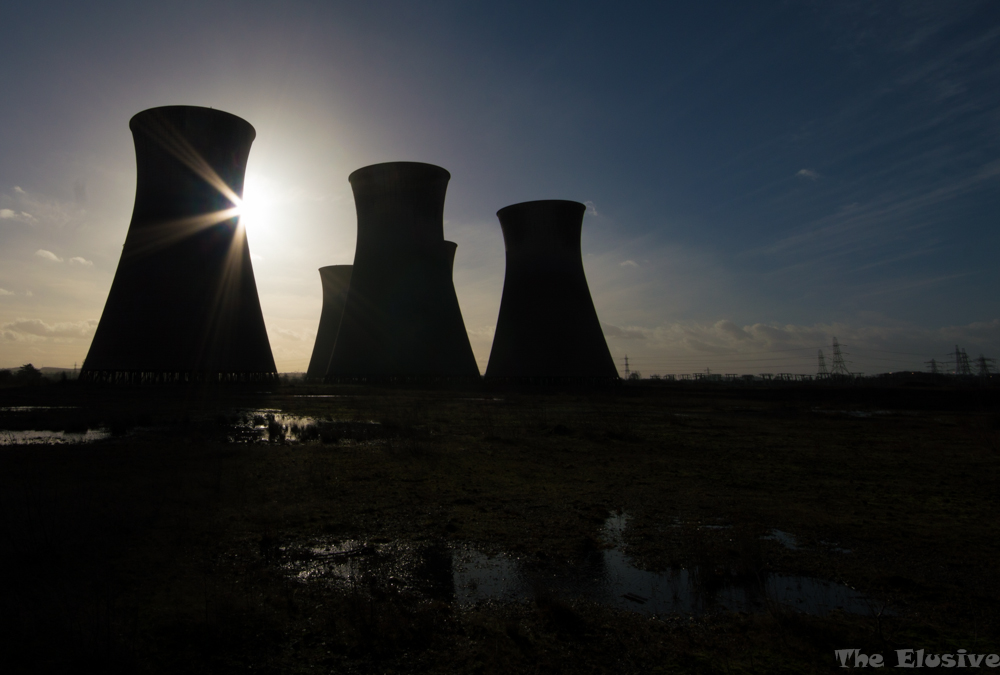 Awesome place been here many times, is worth point out don’t go in a thunderstorm it produces loud swearing…..

but you have been warned!

In the 1950s, two coal-fired power stations were built. The stations were privatised and sold to National Power in the early 1990s and eventually closed in the mid-1990s. Although most of the stations were demolished at the turn of the millennium, the five cooling towers continue to dominate the skyline of the local area. The site is earmarked for a large residential development, pending the results of a public inquiry. The construction plans have been met with local opposition, perhaps due to the site’s proximity to the River Trent’s flood plain.

In the mid-1990s a pair of peregrine falcons nested in one of the site’s huge cooling towers. Unlike many bird of prey breeding sites, this was widely publicised because of its impregnable location.

Demolition was due October 2016, they are still standing today!