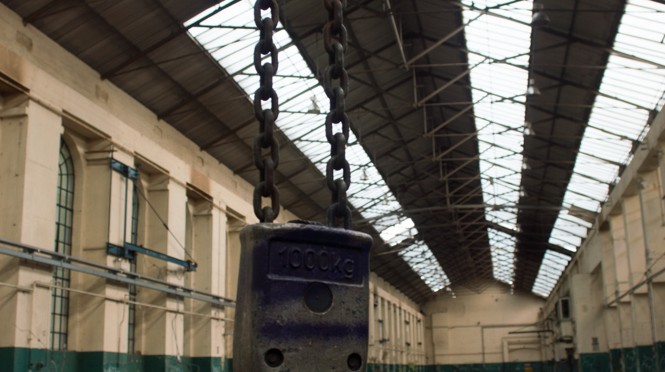 Nice wide open spaces and some orgiinal features, nice easy walk around this one with some reasonable features  and some great reflections!

Union Iron Foundry, . Originally established by William Peach and Edward Falconer in 1822, the site was located upstream from the Fox factory to the south. In 1844 the partnership was dissolved with Peach retaining the Union Foundry until 1858, when the Fox brothers bought him out. Fox lace machinery became celebrated, and it was supplied largely to the neighbouring town of Nottingham. Fox lathes also had a high reputation, and machinery was exported to France, Russia and Mauritus. In 1868 Alfred Searle Haslam bought the Union Foundry from the Fox estate and set up the Haslam Foundry and Engineering Company. A major fire in 1873 destroyed much of the foundry, which was quickly rebuilt. In 1876 the Great Northern Railway bought land from  to lay a route through Little Chester, A new foundry was laid out partly on the old site and partly on this new plot. The foundry was twice extended northwards, the final expansion north to abut the GNR line taking place in 1891 with an extension of 44 bays. The factory specialised in refrigeration machinery for use in ships, a process pioneered by Haslam. The Haslam refrigerator was to become on the of the most vital inventions of the 19th century, facilitating the expansion of the meat trade with Australia, America and new Zealand.