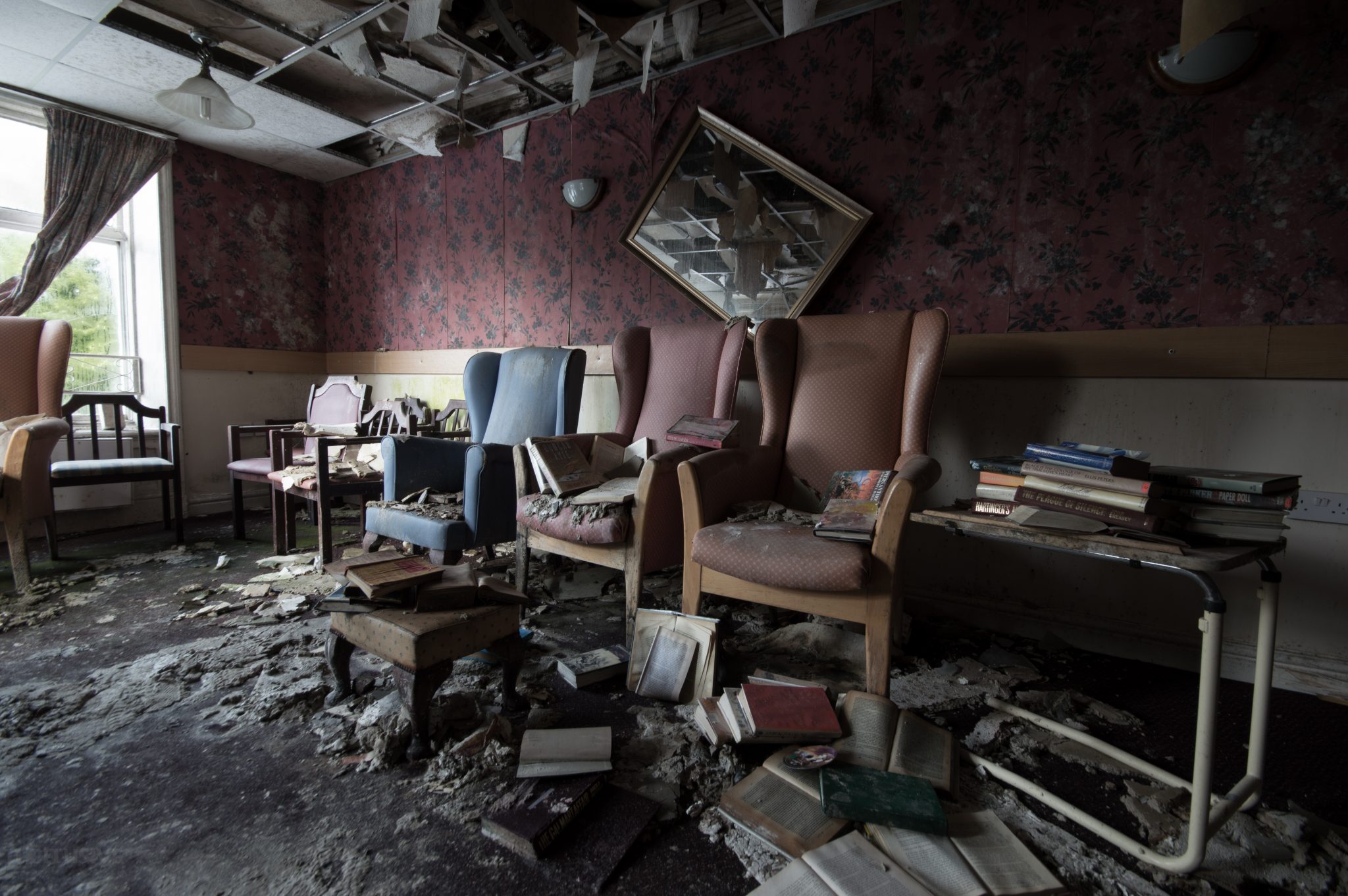 This place was once a beautiful building; it had so many beautiful original features, sadly fire and the elements had got in it and it’s very worse for ware! It’s definitely  not a place I’d want to do in the dark! I’ve been to care homes and other buildings that have been derelict and suffered fires  but they are normally over 10 years old to be in the state this was in the mould and the damp must have been there long before the place shut, I feel deeply sorry for the poor souls who were being “cared for” there .

Doing my research, it confirmed my suspicions as I came across a CQC report from 5th June 2015 and I Can see why this is no longer a care home the report is damning !

At the time of the inspection we believe that 43 people were living in the home. It was difficult to be sure because the records were very poor and the staff gave us conflicting information. Of these, eight people were being cared for in intermediate care beds, which were short term placements for people who had been discharged from hospital.

At this inspection we found serious breaches of Regulations 9, 11, 12, 13, 14, 15, 16, 17, 18 and 19 of the Health and Social Care Act 2008 (Regulated Activities) Regulations 2014. We also found breaches of  Regulations 16 and 18 of the Care Quality Commission (Registration) Regulations 2009. These breaches were assessed by CQC as extreme, as the seriousness of the concerns placed a significant risk on the lives, health and well-being of the people living in the home.

The premises were unsafe and poorly maintained. There was insufficient hot water and unsafe windows in many people’s bedrooms. The premises were also unclean and placed people at risk from infection. People were smoking in the building where the fire detection units were faulty and oxygen cylinders were also present which caused a considerable fire hazard.

Medicines were not safely managed which placed people’s health at risk and staffing levels were insufficient to meet people’s needs.

The Mental Capacity Act 2005 was not adhered to in the home. The staff did not have the knowledge and skills to support people or follow legal processes to make decisions in their best interests.

Care plans were poorly written and did not reflect people’s needs or wishes. People living in the home were not receiving care that met their individual needs. There were no activities to stimulate or encourage people to undertake meaningful activity.

There were no systems or processes in the home to ensure that the service provided was safe, effective, caring, responsive or well led. The manager and provider were unable to demonstrate the skills, knowledge or ability to make the urgent changes that were required to make the service safe during the nine day time period that the inspection took place.

Private Care Homes aren’t as governed as statutory ones however if the CQC come knocking they have the power the got to the courts to force you to do what they require or shut you down. The latter must of happened in this case, I  confirmed this with an article I found as well the article is dated, 8 /6/2015 and the board on  wall inside says Wednesday the 10th June 2015. 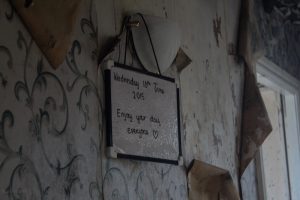 Care home was shut down because it was “visibly dirty”, there was an “overpowering” stench of urine and vulnerable residents were not being washed, according to the Care Quality Commission (CQC).Magistrates granted the CQC and Council emergency powers to close this “dangerous” Care Home.

Some residents – including disabled pensioners and dementia sufferers – were left with no hot water and the home was in a “bad state of repair”, the CQC said. understands the building is home to 44 residents who will be moved out this week.

Debbie Westhead, the CQC’s deputy chief inspector of adult social care, said: “When we visited the home our inspectors found that people were living in a dangerous environment.“Parts of the premises were in a bad state of repair and there was no hot water in many rooms.

“The home was visibly dirty, had an overpowering smell of urine and people were not being assisted to wash themselves.”She also blasted staffing levels at the home: “There were insufficient staff on duty to care for people and managers had a poor understanding of their responsibilities.”The CQC said all this led to “extreme risks to residents’ safety and welfare”, leaving “no option” but for it to be closed.The order granted by  a Magistrates’ court means the care home’s operators, can no longer legally operate at the site.The council will now oversee the transfer of all residents to new accommodation.One man, whose disabled mother-in-law lives a there : “The place is definitely under-staffed and morale is low.”The home was also inspected in 2013 when the CQC slapped it with an improvement notice, ordering bosses to raise standards of care.Shocking findings from two years ago included overflowing bins, walking frames encrusted with dirt and worryingly low staffing levels.

So there were 44 people living there not 43! Shocking!