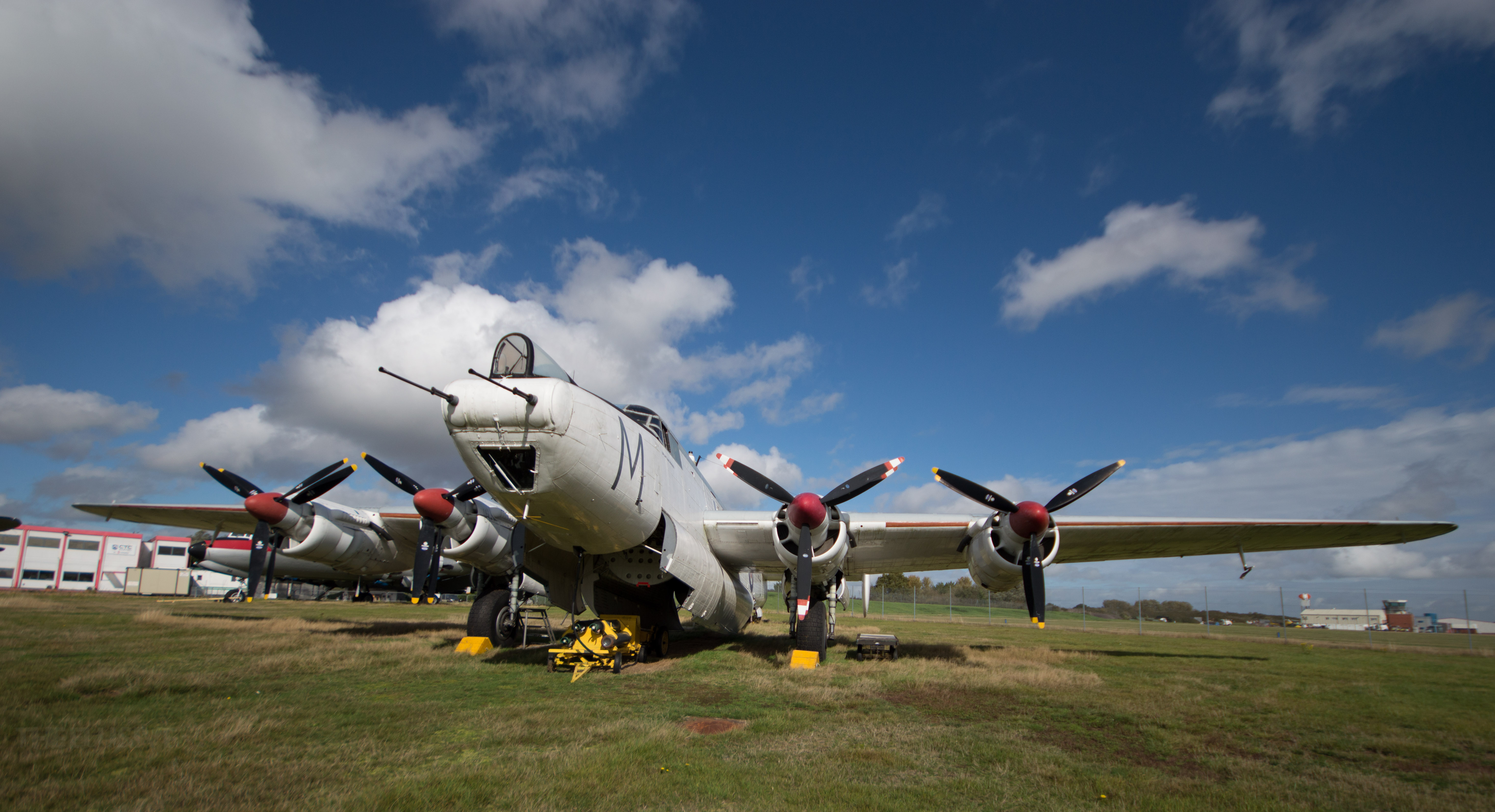 I have been around a few Shackleton’s and this one is by far the most enjoyable to experience! There is so much love going into this aircraft its a pleasure to photograph!

The Avro Shackleton Developed from the Avro Lincoln (itself a development of the wartime Lancaster) the Shackleton came from the pen of Roy Chadwick. The aircraft took the Lincoln’s wings and landing gear and mated them with a new fuselage and four Rolls-Royce Griffon engines turning huge 13ft diameter contra-rotating propellers – the distinctive sound of which gained it the nickname GROWLER! The type first flew in 1949 and would serve the RAF until 1991! Although originally designed as an anti-submarine aircraft it would also operate as maritime reconnaissance roles and later as an airborne early warning (AEW) platform.

Both WR963 and WL790 were bought at auction by the Shackleton Preservation Trust, founded by David Liddell-Grainger. The intent was that a Shackleton would be flown as a display aircraft at airshow events in the UK and spares were also purchased to support this. Unfortunately at the time there was little co-operation from British Aerospace (who held the Design Rights) and the CAA. The Shackletons were handed over to Air Atlantique to find a way to return one to flight in civilian ownership.WL790 was prepared and flown to the USA in 1994, and flew on for another 14 years – an outstanding job by all concerned. WR963 wasn’t so lucky becoming a source of parts to some extent for her more able sister. In 1997 the Shackleton Preservation Trust was reformed to restore WR963, now owned by Dave Woods at Coventry, under the watchful eye of Sqn Ldr John Cubberley.

Nobody could predict then that in less than a decade WR963 would be growling down the runway, almost at the point of flight. It was then that the possibility of flying a Shackleton in the UK was once again looked at seriously, and feasibility studies commenced.

In 2012 the Civil Aviation Authority were approached, and answers found to questions as to the viability of flying a Shackleton. The long standing spar life issue remained the only thing keeping WR963 grounded. However with the recent locating of Shackleton Drawings and WR963’s documentation, spare life has become much less of an issue. In fact, ‘963 has been found to have a considerable number of hours remaining.
​
With this in mind, WR963 was registered as G-SKTN, and fundraising commenced….

In November 2016 there was a restructuring of the Shackleton Preservation Trust, resulting in its disbanment. Subsequently the Shackleton Aviation Group (SAG) was formed as a CIC (Community Interest Company). SAG has since stood up to continue on and improve the maintenance and preservation of WR963.